El Reportero, the bilingual newspaper in San Francisco, started as a directed study project in the Journalism Department at San Francisco State University by Marvin Ramírez, when he was still a journalism student, with the spirit of following on the footsteps of his journalist father, José Santos Ramírez Calero and to bringing a new perspective and diversity to journalism in San Francisco’s Latino Mission District.

In March 1991 was born the first edition of El Reportero in English, originally to become another voice on campus. But when he was on its way from the printer with first edition, with his two-seater car loaded with 10,000 papers inside and on top of the car, he stopped at the stoplight and handed in copies of the paper to his friends talking outside of then Blanca’s Taquería.

At that moment, Marvin said to himself: “Wow, this is a community newspaper!

It published twice in 1991 – twice per semester in English.

At the request of his father, who was not fluent in English, he asked his son to do it bilingual, so his senior citizen friends at the seniors senior “can read it in Spanish.” So, stating with the third edition El Reportero became a Spanish-English newspaper in San Francisco. Later was published twice per week, and then in 1995 started as a weekly.

His father, José Santos Ramírez Calero, started doing journalism at the age of 10 in Nicaragua, when his mother, Juana Calero Espinoza, bought him a toy printing press, with which he published stories that made fun of his friends, who then would go mad after him.

Ramírez Calero worked as an editor and reporter for the daily paper, La Noticia in Nicaragua, since the age of 18, for 45 years. His father (Marvin Ramirez’s grandfather), published the first sports magazine, named El Field, in the 1920s.

This journalism blood line in Marvin earned him in the prestigious daily San Francisco Examiner, the headline: “He was born with ink in his vain,”, with a sub headline that reads: “Marvin Ramirez writes, edits, delivers and sells ads for bilingual Mission Newspaper.” (insert link to article)

The paper, which is primarily managed and edited by Marvin, was published out his home, until Pacific News Service, now New America Media, offered him an office for a short period of time, until he was able to rent a small cubicle in 1993, finally getting a permanent home at the then Bay View bank Building on Mission and 22nd, as a tenant of MEDA (Mission Economic Development Agency) where the paper is currently housed.

Although the paper primary focus has been Latino related news, it’s also been publishing news beyond the Latino coverage but that also affects everyone in the community, so exposing Latinos to more diverse news, without neglecting the promotion of civil right and culture. The paper is mainly staffed by volunteers and students. Former reporters and photojournalists at El Reportero have won prestigious awards.

El Reportero has served as a learning platform and experience for many journalists. Former reporters and photojournalists who started in the paper have won prestigious awards, including Emmys.

El Reportero is distributed through out the Mission, Potrero Hill, Bernal Heights Districts, by way of restaurants, grocery stores, pharmacies, public libraries, and colleges; and the cities of San Jose, San Mateo County and Alameda, with a circulation of 24,000. 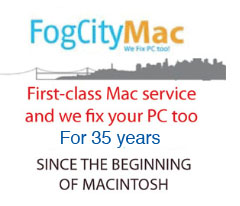