Vote-by-mail fail: When a ballot arrives that isn’t for you 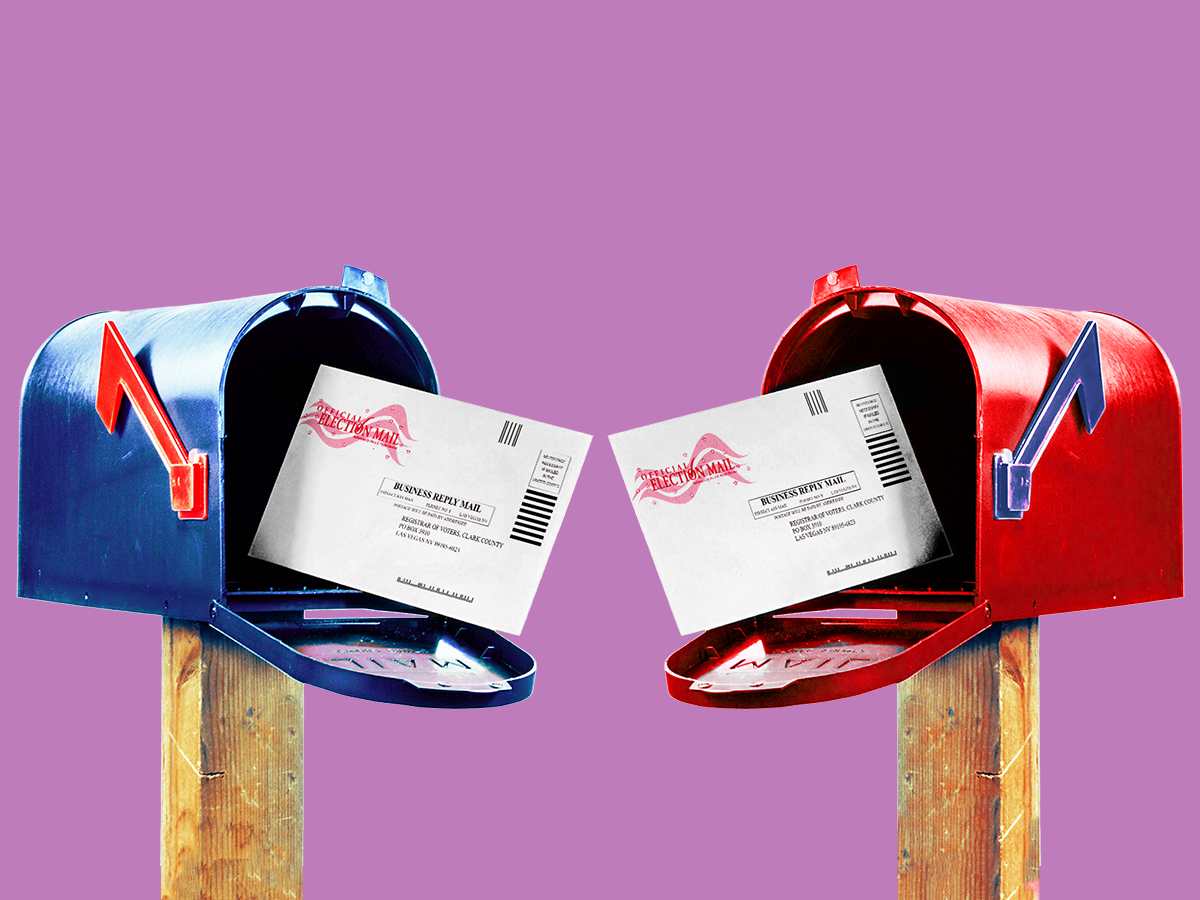 When the ballots arrived in Susan Lambert’s mailbox earlier this week, everyone in the house was accounted for. There was one for her, one for her husband, and two for her adult step-sons.

And then there was the one for George.

Lambert, a playwright, producer and writer who lives in Pasadena, didn’t recognize the name. There wasn’t a George among her neighbors, nor was it the name of the prior owner of the home, which she bought 13 years ago.

Lambert’s husband shrugged and chucked the extra ballot in the recycling.

More than 21 million ballots are now in various stages of transit across California. They are in mail trucks and mail boxes. Some are sitting on kitchen tables unopened and others have already been filled out and shipped back to county election offices.

And, predictably, some have ended up in the wrong place.

Lambert, who grew up in Georgia where voting regulations are much stricter, said she assumed this was just the result of the state’s recent decision to send ballots to every active, registered voter this year. “I’d rather they err on the side of making sure that everyone gets a ballot, rather than the other way,” she said.

But she was also curious. So she went to the recycling bin and fetched it.

“I want to know what happened,” she said. “That is the lesson of the last four years. You want to assume that people in charge are going to take care of stuff like this. But I don’t think we can count on that anymore.”

If you’ve heard such stories, seen them breathlessly shared on social media, or even received a wayward ballot yourself, you might well wonder:

Why is this happening?

The short answer, said Kim Alexander, president of the nonpartisan California Voter Foundation, is that election systems are “run by human beings.”

Those human beings are called county registrars. Each registrar maintains a list of names and addresses of active voters (those who have recently cast a ballot) called a voter roll — what they use to send out ballots.

They’re sending out way more than normal this year.

To keep voters from crowding into polling places and swapping aerosols amid a pandemic, a new state law requires all counties to send ballots to every active, registered voter — in other words, anyone on a county registrar’s voter roll — before Election Day.

Keeping those rolls up-to-date is a constant effort, said Joe Holland, the registrar for Santa Barbara County. When someone slips through the cracks, he said, it’s often for the following reasons:

– Somebody died out of state and that information has not made its way back to that voter’s county of residence.

– A student stays home from college — a common occurrence during the pandemic — but is registered to vote near their campus.

Some counties have been more diligent about keeping rolls up to date than others. Last year, Los Angeles County was required to remove 1.5 million inactive voters —dead, duplicate or unaccounted for — from its roll after it was sued by the conservative legal nonprofit Judicial Watch.

That’s 1.5 million people the county believed were eligible to vote, but were not. That does not mean, however, that millions of ineligible ballots were actually completed, cast or counted.

Will this lead to fraud?

Last weekend, Richard Grenell, President Donald Trump’s former ambassador to Germany, tweeted out photos purporting to show ballots that had been “mailed to two people who have been dead for more than 10 years.”

According to records assembled by Political Data Inc., a company that gathers and sells access to registered voter information, the photographed ballots were sent to two Redondo Beach voters, one who would be age 100, the other 98, neither of whom had voted since 2004.

The conservative outlet RedState seized on the tweet as evidence that “the practice of mailing every registered voter a ballot” in California will be “ a complete s—show.”

The social media account of the Los Angeles County Registrar’s office responded to Grenell’s tweet, thanking him for sharing the information and noting that “all returned ballots are required to go through signature verification prior to counting.”

Just how good is that signature validation safeguard?

Ballots that are delivered by mail, deposited at a dropbox or left at a voting center must be placed in an envelope, which then must then be signed and dated.

“When someone is signing the envelope they are saying, under penalty of perjury, that they are who they say they are,” said Mike Sánchez, a spokesperson for the Los Angeles registrar’s office.

Once those ballots arrive at a county office, they are run through an electronic sorting machine, said Holland from Santa Barbara. The machine will pass along any exact signature matches, which usually make up around 60 percent of the total, he said.

“We have staff who are trained on signature verification go through the other 40%,” said Holland, who is also the president of the California Association of Clerks and Election Officials. Each ballot is checked individually, he said. If a signature doesn’t seem to match, or if it’s missing entirely, all counties are now required to try to notify the voter, giving them an opportunity to provide a new, correct signature before rejecting the ballot entirely.

Forgeries are not uncommon, said Logan Churchwell, spokesperson for the conservative Public Interest Legal Fund. The typical example: an elderly voter who “feels entitled to vote their dead spouse’s wishes because they knew them.”

Earlier this year the fund filed supporting legal briefs on behalf of Republicans who sued to block the state’s move to universal vote-by-mail earlier this year.

Churchwell said we know that there are hundreds of such incidents each year because of the number of ballots that are rejected by counties based on an imprecise signature match.

According to a recent study published by the nonpartisan California Voter Foundation, 1.4 per cent of all the vote-by-mail ballots cast in the March primary were rejected. A closer look at just San Mateo, Santa Clara and Sacramento counties in 2018 found that signature mismatches accounted for, respectively, 4 percent, 10% and 40% of all rejections.

The fact that so many ballots are rejected by county officials for a mismatch is “evidence of the security measures that are in place,” said Alexander, the foundation’s president.

And even if the rare forgery does slip by, she said, it’s hard to imagine how a malicious actor could round up a sufficient number of erroneously mailed ballots to sway the election.

“You can only do it one ballot, one voter, at a time,” she said. “If you are going to attempt voter fraud, this would be a very inefficient way to do it.”

What should you do if you get the wrong ballot?

If a ballot is intended for someone else, don’t try to fill it out and send it back. Even if it’s the ballot of a loved one. Even if you’re just trying to “test the system.” If the system works, it will have caught you committing a felony.

Sánchez in Los Angeles County said that voters in Lambert’s situation can just discard a stray ballot. But if they feel compelled to help the county update its voter roll, they’re encouraged to email or call the registrar’s office to let it know.

Another method, said Holland, is to simply scribble “return to sender” or “no longer at this address” on the envelope and put it back in the mail. The registrar’s office will get the message that way too.

He also encouraged voters concerned about the safety of their ballots to sign up with the state’s ballot tracking program so they can get notifications when their ballot is put in the mail, delivered and eventually counted.

October 24, 2020 by admin Comments are off 0 viewson Frontpage