Trump must back Iraq withdrawal promise with action 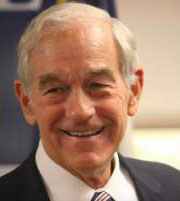 Earlier this month, while meeting with the Iraqi Prime Minister, President Trump reaffirmed his intent to remove all US troops from Iraq. “We were there and now we’re getting out. We’ll be leaving shortly,” the president told reporters at the time.

Although President Obama should never have sent US troops back into Iraq in 2016, it is definitely well past time to remove them as quickly as possible.

Over the weekend, the Administration announced it would be drawing down troops currently in Iraq from 5,200 to 3,500. That’s a good start.

One big roadblock to finally leaving Iraq alone is President Trump’s de facto Secretary of War, Mike Pompeo. Although he’s supposed to be the top US diplomat, Pompeo is a bull in a china shop. He seems determined to start a war with Iran, China, Russia, Venezuela, and probably a few more countries.

Unfortunately there is a pattern in this Administration where President Trump announces the withdrawal of troops from one of the seemingly endless conflicts we are involved in and an Administration official – often Pompeo – “clarifies” the president’s statement to mean the opposite of what the president has just said.

When the president was questioned over the weekend about a timetable for the US withdrawal from Iraq, he turned to Pompeo for an answer. Pompeo’s response did not inspire much hope. “As soon as we can complete the mission,” said Pompeo. What is the mission? Does anyone know? Aside from “regime change” for Iran, that is.

At his speech accepting the Republican Party’s nomination for re-election last week, Trump declared, “unlike previous administrations, I have kept America OUT of new wars — and our troops are coming home.” That sounds good, but how can he achieve that goal if the people he hires to carry out that policy not only disagree with him but seem to be working against him?

The US invasion of Iraq 17 years ago was correctly described at the time by the late NSA Director Bill Odom as “the greatest strategic disaster in American history.” After a relentless barrage of lies about former US ally Saddam Hussein having “weapons of mass destruction,” the US attack and destruction of Iraq did not bring the peace and prosperity promised by the neocon war promoters.

Instead, the US “liberation” of Iraq killed a million Iraqis, most of whom were civilians. It destroyed Iraq’s relatively prosperous economy. It did not result in a more peaceful or stable Middle East. The US had no idea how to remake Iraqi society and in picking and choosing who could participate in post-invasion Iraq the US helped facilitate the rise of al-Qaeda and ISIS. A secular Iraq had been turned into a sectarian incubator for terrorists and extremists. And the biggest winner in the war was Iran, who the US has demonized as an enemy for over four decades.

Yes, General Odom was right. It was a strategic disaster. Turning the US into a global military empire is also a strategic disaster. Trump’s promise to bring troops home from overseas wars sounds very good. But it’s time to see some real action. That might mean some people who disagree with the president need to be fired.

(Ron Paul is a former U.S. congressman from Texas. This article originally appeared at the Ron Paul Institute for Peace and Prosperity).

September 6, 2020 by admin Comments are off 0 viewson COLUMN