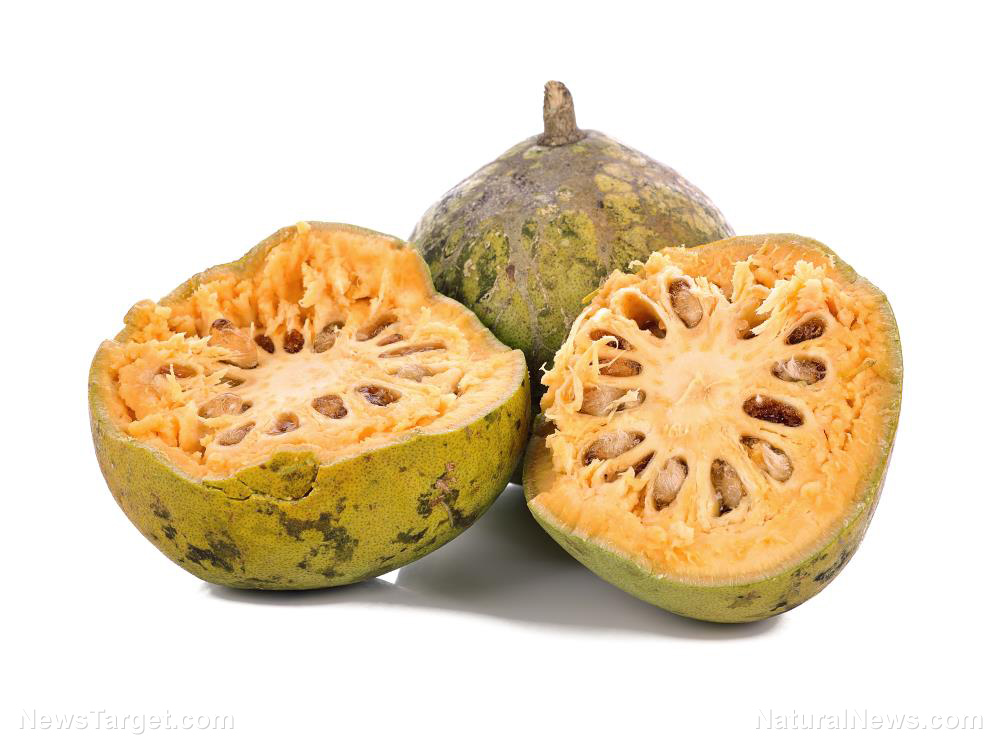 Aegle marmelos, commonly known as bael in Nepal and India, is a plant that belongs to the Rutaceae, or citrus, family. It is native to Northern India but can also be found in Sri Lanka, Burma and Thailand. Also called shivaduma, or the tree of Shiva, bael is sacred to the Hindus and is commonly found growing near temples. The Hindus believe that Lakshmi, the goddess of wealth and good fortune, resides in bael leaves; hence, the plant is often used as a religious offering. Bael is also widely used in traditional Indian medicine.

In a recent article published in the Journal of Integrative Medicine, researchers from Australia and South Korea reviewed scientific evidence supporting the pharmacological activities of bael. The plant has long attracted scientific interest because of the many medicinal uses associated with its various parts. For more than 5,000 years, ethnic communities residing in the Indian subcontinent have been using the leaves, bark, stem, fruits and seeds of bael to treat a wide variety of diseases.

The root of bael, for instance, is used to treat intermittent fever, hypochondriasis, melancholia and heart palpitations. It is also an important ingredient of “dasmula” or “dasamula,” an Ayurvedic medicine used for the management of pain, arthritis and inflammatory disorders. Bael leaves and bark, meanwhile, are used in medicated enemas. The leaves are also said to be effective against diabetes mellitus and related complications.

But the part of bael most used for medicinal purposes is its fruit. A well-known remedy for diarrhea that’s been included in the British Pharmacopoeia, the unripe fruit of bael is also used to treat dysentery, or intestinal infections, peptic ulcers and respiratory infections. Studies have also reported that bael fruit is effective in experimental models of irritable bowel syndrome (IBS). The fruit has been called a “rasayana” by early scholars, which, in Ayurvedic medicine, means something that can invigorate the body and prolong a person’s lifespan.

The anti-cancer properties of bael

Recently, studies have emerged supporting the use of bael as anti-cancer medicine. For instance, a study published in the Indian Journal of Pharmaceutical Sciences reported that bael leaf extracts have significant antiproliferative activity against leukemia, colon and breast cancer cells. Phytochemical analysis of the bael leaf extracts revealed that the plant is rich in alkaloids, anthraquinones, terpenoids, tannins and reducing sugars. Researchers also identified a compound called imperatorin that contributes to the anti-cancer activity of bael’s ethanol extract against leukemia cells.

Many other phytochemicals in bael have been identified as anti-cancer agents. Marmelin, a compound unique to bael, has been found to inhibit the growth of epithelial cancer cells by decreasing cancer cell survival, proliferation and invasiveness. Lupeol, another active compound in bael, prevents tumor formation in neoplastic cell lines. Eugenol shows cytotoxic effects on malignant liver tumors, colon cancer and melanomas, while citral induces apoptosis in hematopoietic cancer cell lines.

Many studies have validated the medicinal uses of bael, as well as the plant’s antibacterial, antioxidant, antiviral, antidiarrheal, gastroprotective, anti-ulcerative colitis, hepatoprotective, antidiabetic, cardioprotective, radioprotective and anti-cancer activities. However, more studies are needed in order to identify other useful phytochemicals in bael and develop them into potent medicines that can be used in clinical practice. Shared from Natural News.