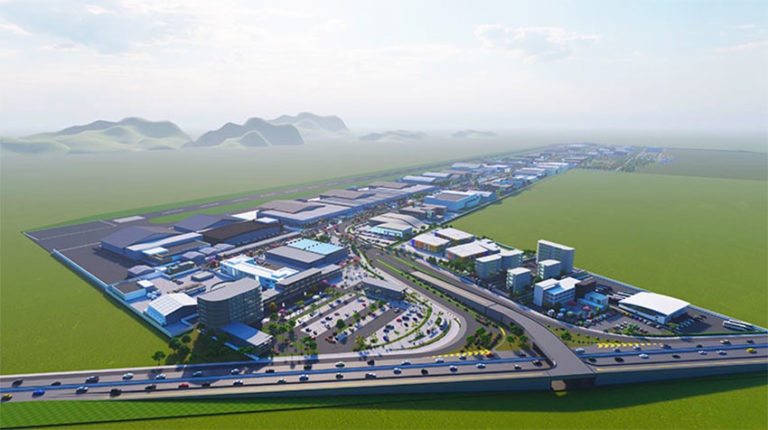 A Mexican company that is planning to develop an ambitious North American trade corridor between the Pacific coast port city of Mazatlán, Sinaloa, and Winnipeg, Canada, is also preparing infrastructure projects in Mexico’s south.

Caxxor Group announced in October that it was aiming to raise US $3.3 billion in initial investment to build a new port and shipyard in Mazatlán, industrial parks in an undisclosed number of locations in Mexico, a Mexican exports logistics center in Winnipeg and 87 kilometers of railway tracks in Sinaloa that will connect with more than 7,000 kilometers of existing railroads in Mexico, the United States and Canada.

The project is called the USMCA corridor, named after the new trilateral North American trade agreement that took effect July 1. It is slated to run through industrial regions of Sinaloa, Durango and Monterrey, Nuevo León, before reaching the United States. In the U.S., it will run to Chicago, Illinois, via Dallas, Texas, and Tulsa, Oklahoma.

Caxxor CEO Carlos Ortiz told a press conference Monday that the investment in Mexico is expected to be about $1.6 billion. Between $650 million and $700 million will go to the rehabilitation of 167 kilometers of existing railroad and the construction of 180 kilometers of new tracks, he said.

Ortiz said the project will start with the construction of the $900-million port in Mazatlán, adding that its exact location will be announced at the end of January.

Route of the rail corridor between Mazatlán and Winnipeg.

He said that Caxxor and its investment partner, United States-based National Standard Finance, will seek environmental approval and other required permits later in 2021. Ortiz said the project is backed by 50 institutional investors in the U.S.

Ortiz said previously that after agricultural, automotive, manufacturing and energy sector goods leave the Mazatlán port and move along the Mexican section of the USMCA corridor they will be transformed at newly-built factories and plants that will add value to them.

The transformational nature of the trade corridor will be a point of difference with other logistics routes such as the Panama Canal, he said in October.

In a new interview with the newspaper Milenio, Ortiz said that Caxxor is also planning a $600-million USMCA “southern border” corridor in the south of Mexico, although it won’t include development of a rail network.

He said that projects planned for the states of Chiapas, Tabasco, Campeche and Quintana Roo will be on a smaller scale than those along the Sinaloa-Winnipeg route.

The largest project of the southern border corridor will be a $250-million multiple use maritime terminal in Puerto Chiapas, a port town on the Pacific coast about 30 kilometers southwest of Tapachula.

Expected to be completed in 2021, the terminal is to be used by auto sector companies that export to countries in Central and South America. Asian shipping companies will use it as a freight center, Ortiz said, and part of the facility will handle agricultural goods for export.

The Caxxor CEO said that smaller projects including industrial parks and port terminals are planned for the Gulf coast states of Tabasco and Campeche and Quintana Roo, which has an extensive Caribbean sea coastline.

He said that new port terminals in those states will be “very modest” and service ships traveling between Mexican ports.

“They will be joined to a logistics park, each one for different industrial sectors,” Ortiz said.

He said that Caxxor will act as the manager of the southern border project and will seek investors to support it. The investors will form a trust that will have responsibility for obtaining the required permits and licenses to execute the project, Ortiz said.

The different projects in the four states are expected to be built over the next 18 months, he said, adding that a master plan for Caxxor’s projects in Mexico will be presented next month.

Litoral Laboratorios Industriales (LLI), a company owned by Felipa Guadalupe Obrador Olán that provides chemical and microbiological testing of oil products, won four Pemex contracts last year. Three of them were awarded after Pemex became aware of Obrador Olán’s relationship to the president and ordered her to abstain from participating in its tendering processes.

The state oil company said Sunday that in addition to canceling the contracts it would carry out an exhaustive investigation into the tendering processes in which LLI participated.

The aim will be to determine who was responsible for awarding the contracts and decide the consequences for not following the company’s regulatory processes and López Obrador’s instructions not to do business with any of his relatives.