Oaxaca’s alebrijes were inspiration for design of Miss Universe costume 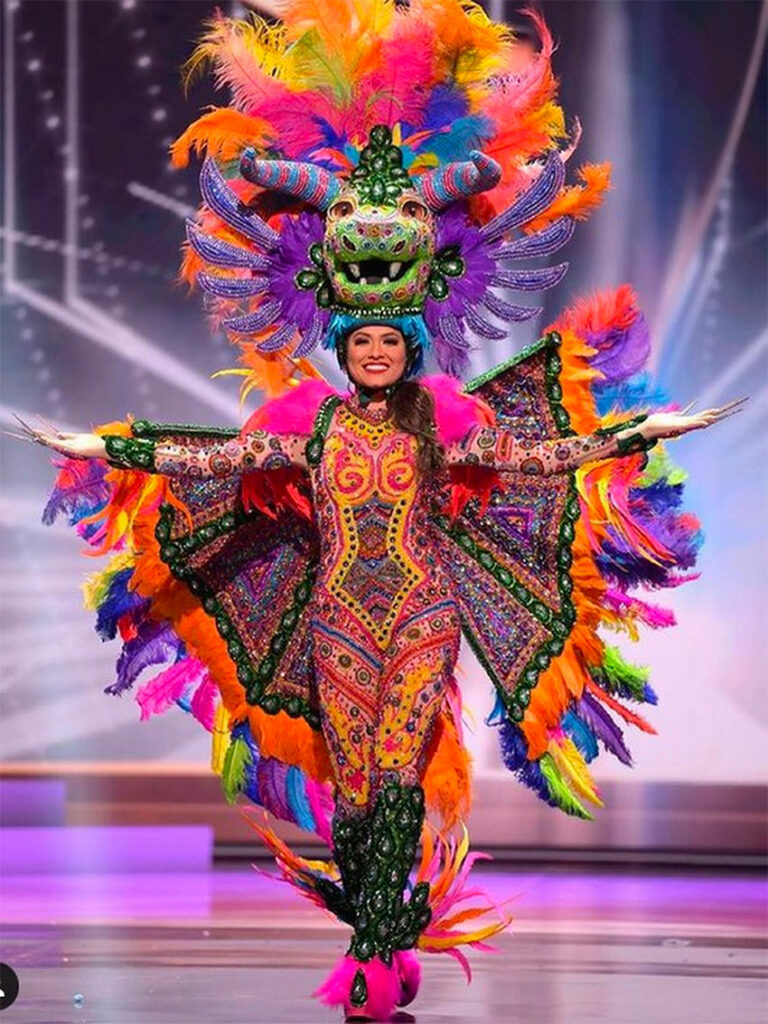 Artisan tradition played a part in Andrea Meza’s triumph at the 69th Miss Universe pageant on Sunday, who caught the eye of judges with a striking Oaxaca-inspired national costume.

The 100,000-peso outfit (around US $5,050) took five months to produce, weighs 40 kilograms and features feathers, crystals of different sizes and colored fabrics.

The costume’s crown displays the horned head of a dragon-like mythical creature, and bears wings which were designed in the form of a backpack and tied with a harness for Meza’s comfort.

“After so much time working on a piece that has marked my life, tomorrow is the competition of national costumes at Miss Universe. I’m really excited to finally see it on the international stage worn by Andrea Meza, [winner of] Mexicana Universal … Just being there is already my greatest triumph,” Roque said before the competition.

Craftsmanship completely made by hand by Mexican artisans is what inspired me to give life to the national costume that will represent Mexico at Miss Universe,” he said.