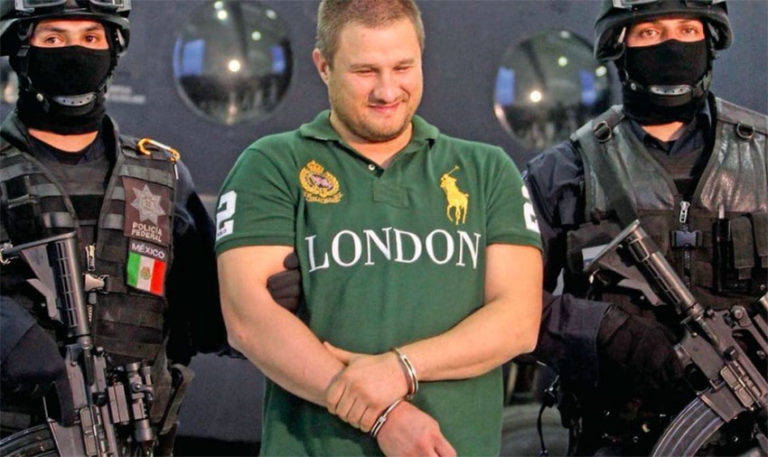 A convicted drug lord provided information to United States authorities between 2008 and 2010 that linked former president Felipe Calderón and members of his government to Mexican drug cartels.

Edgar Valdez Villarreal, a United States citizen nicknamed La Barbie because of his fair skin, collaborated with the Drug Enforcement Administration (DEA) and the Federal Bureau of Investigation (FBI) while he was working as a drug trafficker with the Beltrán-Leyva Cartel.

That information has only recently come to light because court documents from Valdez’s 2018 sentence hearing in Atlanta, Georgia – at which he was sentenced to almost 50 years in jail – have been declassified.

One DEA agent was murdered in the period in which the officials were supplying the confidential information to the cartels.

In a report published Thursday on the news website Aristegui Noticias, Mexican journalist Anabel Hernández noted that a lawyer for Valdez gave her a letter in 2012 in which the trafficker-cum-informant claimed that he had given multimillion-dollar bribes to Genaro García Luna, Calderón’s security minister who was arrested in the United States last December.

In the letter, published in November 2012 by the newspaper Reforma, Valdez also claimed that Calderón, the president who launched the so-called war on drugs shortly after he took office in late 2006, had personally met with drug traffickers.

Hernández wrote that Valdez most probably shared that information with the DEA and FBI between 2008 and 2010.

A lawyer for Valdez said in 2018 that Calderón’s crackdown on cartels was not in fact a war against drugs but a “war for drugs.”

In the letter given to Hernández, Valdez said that his arrest in Mexico in 2010 came about because he refused to cooperate with Calderón.

“My arrest was the result of political persecution by Felipe Calderón Hinojosa, who initiated harassment against me because I refused to be part of the agreement that Mr. Calderón Hinojosa wanted to have with all the organized crime groups,” he wrote.

Calderón has steadfastly denied any involvement with criminal groups and has also said that he had no knowledge of García Luna’s alleged collusion with cartels.

President says companies are challenging the debts in international courts

López Obrador said Tuesday that “a few Canadian mining companies” are not up to date with their tax obligations and want to dispute the fact in international courts.

He “respectfully” called on Canada’s ambassador to Mexico, Graeme Clark, to convince them to settle their debts with the Federal Tax Administration (SAT).

“What are we going to court for? It’s very clear that they have these debts with the SAT. Hopefully they’ll help us to convince them [to pay],” López Obrador told reporters.

He didn’t name the companies to which he was referring but First Majestic Silver Corp said last month that it served notice to the Mexican government under North American Free Trade Agreement provisions to begin negotiations to resolve disputes with the SAT.

Almost 70 percent of foreign-owned mining companies that operate in Mexico are Canadian, according to Global Affairs Canada, that country’s foreign affairs department. Canadian mining assets here were worth CAD $18.4 billion (US $13.7 billion at today’s exchange rate) in 2017, according to the Mining Association of Canada.

In calling for Canadian miners to settle their tax obligations, López Obrador pointed out that several large companies, including Walmart and Coca-Cola bottler Femsa, are paying back what they owe. He also said that Japanese automaker Toyota has agreed to settle its tax bill in Mexico.

“We thank the companies that decided to catch up and not go to court,” López Obrador said.

The president has made recouping unpaid tax a central objective of his administration as Mexico’s economy takes a battering from the coronavirus crisis.

The newspaper Milenio reported that SAT chief Raquel Buenrostro is ready to file criminal complaints against some large companies that have allegedly committed tax fraud.

She said that previous federal governments allowed large and powerful firms to get away with not paying their taxes but stressed that business owners now know that if they commit tax fraud, they will face legal action.

Buenrostro declined to name the companies that the government is planning to take legal action against but said that they operate in a range of sectors including steelmaking, food production, automotive, pharmaceuticals, energy and mining.