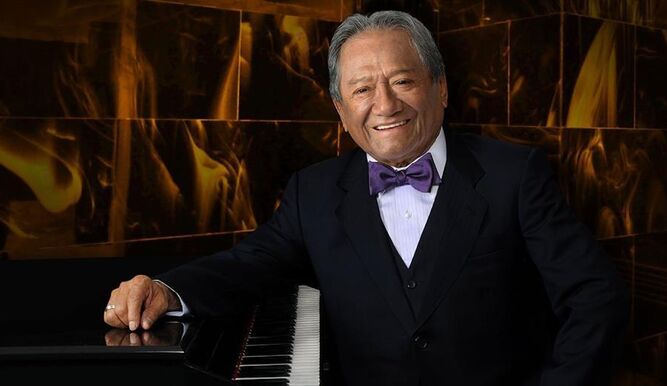 “I perceived as never before that Armando Manzanero was a man of the people, that is why I am very sorry for his death,” said President López Obrador, who thus canceled his morning press conference.

The Mexican singer-songwriter and composer Armando Manzanero, known as the king of romanticism and president of the Society of Authors and Composers of Mexico, died this Monday (12.28.2020) of COVID-19 after several days intubated in a hospital, confirmed the secretary of Culture, Alejandra Frausto.

After the news was known, the president of Mexico, Andrés Manuel López Obrador, had a few words of recognition for the artist and ended his morning press conference. “I perceived as never before that Armando Manzanero was a man of the people, that is why I am very sorry for his death. A great composer, also a representative of Mexican authors and composers,” said the president.

“We send to their family and friends, to all the singer-songwriters, our condolences for this unfortunate loss for the artistic world and I no longer want to continue with this press conference and nothing else ends,” continued López Obrador, who had the Manzanero’s song “Adoro” to conclude the press conference.

The author of classics of Mexican romantic music, such as “Somos novios”, “I’m going to turn off the light”, “With you I learned”, “This afternoon I saw rain” and “No”, was hospitalized last week in Mexico City after test positive for COVID-19 and intubated days later.

The last public appearance of Manzanero, president of the Society of Authors and Composers of Mexico, was on December 11 in Mérida, capital of Yucatán, where he inaugurated the Casa Manzanero Museum. Manzanero (Mérida, Yucatán, 1935) leaves behind an unforgettable legacy in the history of music in Spanish, an endless number of albums sold out of thirty published and innumerable awards, such as the honorary Grammy Award in 2014. lgc (efe / afp )

December 28, 2020 by admin Comments are off 0 viewson Arts & Entertainment