For Joe Biden, contentious issues lie ahead in Mexico-US relationship 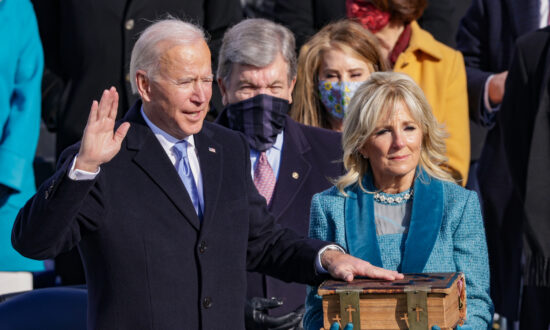 Although they were referring to Mexico’s slow progress in implementing commitments under the NAFTA replacement, the phrase could just as well describe bilateral relations as Joe Biden enters the White House.

Strained security co-operation will loom high on the agenda between the neighboring countries, overshadowing their US $600-billion trade relationship, as will the two leaders’ diametrically opposed views on climate change and renewable energy.

Mexico’s worsening business environment — with independent regulators and respect for contracts under threat from President López Obrador — promises to pile on the pressure.

“A Biden presidency could be quite uncomfortable for AMLO,” said one member of the U.S. transition team, using the Mexican leader’s nickname. López Obrador kept things sweet with Donald Trump in exchange for little U.S. “interference” with his domestic agenda, the person added.

Biden’s approach will be more institutional and “there’ll be no Jared for anyone to call.” The outgoing president’s son-in-law and senior adviser, Jared Kushner, was a frequent interlocutor with Mexico on migration and development co-operation.

Trump’s threats to withdraw from NAFTA and impose sanctions on Mexican exports unless it cracked down on migrant flows strained relations at times, but López Obrador refused to engage.

Despite Trump’s insults towards Mexicans and insistence that the country pay for his border wall, López Obrador broke his self-imposed ban on foreign travel to meet the U.S. president at the White House.

By contrast, Mexico’s president took six weeks to congratulate Biden on his election victory, eventually sending an uneffusive letter in which he reminded the president-elect he must respect Mexican sovereignty.

Hundreds of Honduran migrants are stuck between the border with their country and the Guatemalan police blockade that on Sunday put a brake on their journey.

In the crowd there is hunger and despair that forces them to flee the crisis in Honduras.

Of the nearly 9,000 migrants who have reached Guatemalan territory since last Friday, January 15, around 6,000 remain stranded about 55 kilometers west of the El Florido border point, near the town of Vado Hondo.

“There is no food or water and there are thousands of children, pregnant women, babies, and they don’t want to let us pass,” said a Honduran, who identified himself as Pedro.

“We are hungry,” said a Honduran woman behind the security cordon, where she was with her 15-year-old son, her 9-year-old daughter and her 4-year-old niece.

The crisis in Honduras

In the last 50 years, many Hondurans left irregularly for the United States, where more than a million now live, among those who managed to obtain legal residency and the undocumented.

In 2020, according to official sources, remittances touched 5 billion dollars, despite the fact that they were expected to have a fall due to the Covid-19 pandemic, which affects the United States.

During the last 20 years, an average between 100 and 150 Hondurans left the country daily in order to reach the United States. Migrants are fleeing violence and unemployment in Honduras.

The crisis was already deep when the first caravans emerged in 2018, but in 2020 the Covid-19 pandemic aggravated the situation. The hit of hurricanes Eta and Iota in November was the final push for many of the walkers who today are stuck in Guatemala.

The migrants will have to exceed the 5,000 soldiers that the Guatemalan Army has deployed in seven departments of the country, who also receive support from thousands of officers of the National Civil Police.

In Mexico, the agents of the National Guard are waiting for them, who are already deployed on the shore of the Suchiate River. “Everything is calm here, I hope Guatemala contains them,” declared an official of the Mexican National Guard.

January 30, 2021 by admin Comments are off 0 viewson Frontpage