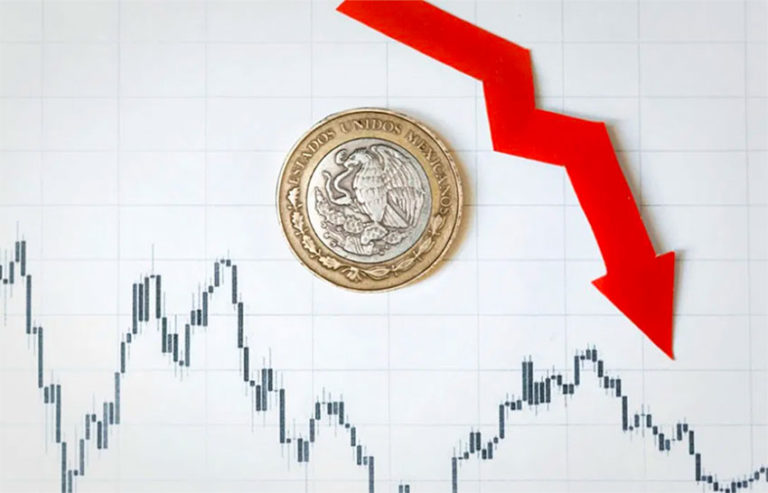 Forecasts for this year range from 3.9 percent to an optimistic 5.5 percent

It’s official – Mexico recorded its worst economic contraction since the Great Depression in 2020 as the coronavirus pandemic and associated restrictions ravaged the economy.

The figure, which represents the worst economic result since GDP slumped more than 14 percent in 1932, is the same as the one published by Inegi in January based on preliminary data.

It is the second time this century that Mexico has suffered back-to-back annual contractions as the economy also shrank in 2001 and 2002. Before that the most recent consecutive contractions were in 1982 and 1983 when Mexico was mired in a debt crisis.

President López Obrador took office in late 2018 promising average annual growth of 4 percent during his six-year term. That outcome now looks almost impossible to achieve, although GDP is forecast to bounce back strongly in 2021 – at least compared to the economic nightmare of 2020.

The president himself is predicting a 5 percent rebound this year, a forecast more optimistic than most but not beyond the realms of possibility.

The newspaper El Financiero reported that López Obrador’s prediction appears based on optimistic forecasts from institutions such as the rating agency Moody’s, which is forecasting 5.5 percent growth this year.

The International Monetary Fund and the World Bank are both more pessimistic, forecasting GDP expansion of 4.3 percent and 3.7 percent, respectively, while Citibanamex’s latest survey found a consensus for 3.9 percent growth.

All of those forecasts are more optimistic than the organizations’ previous predictions, indicating that there is growing confidence in the Mexican economy’s capacity to recover in 2021.

The strength of the recovery, however, will depend to a large extent on Mexico’s ability to inoculate the population against Covid-19, which remains a significant threat despite the pandemic waning considerably this month compared to January.

The government has agreements to secure more than 234 million vaccine doses – enough to inoculate the entire population – but has so far only received about 2.5 million doses and administered 1.9 million.

Another factor that could weigh on growth is the government’s plan to overhaul the electricity market to favor the state-owned Federal Electricity Commission. Several analysts have said that the proposed reform to the Electricity Industry Law will scare off foreign and domestic investment.

The bill is the 15th government initiative that undermines investor confidence, according to CEESP, a private sector think tank.

“All the changes being made in the sector are a very bad sign for future investment in the energy sector and especially in renewable energy,” said Ariane Ortiz-Bollin, assistant vice president-analyst at Moody’s.

“This will affect the supply of energy … in Mexico and will also affect economic growth in the medium term.”

March 28, 2021 by admin Comments are off 0 viewson Frontpage