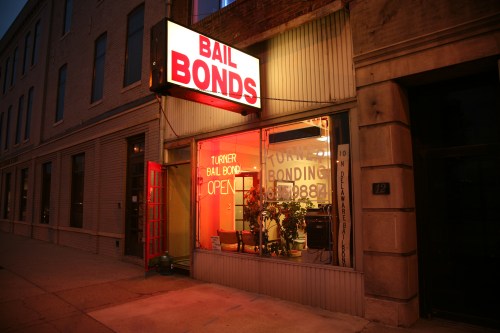 Submitted by Equal Justice Under Law

San Francisco, CA — A class action lawsuit seeking to end the practice of money bail in San Francisco will move forward against the city’s sheriff, a federal judge has ruled.

González Rogers ordered Hennessey to file an answer to the complaint by Nov. 1. Hennessey has never taken an official position on money bail. Her predecessor, Ross Mirkarimi, opposed its use, while California Attorney General Kamala Harris has defended it.

Equal Justice Under Law, a Washington, D.C.-based civil rights organization that fights systemic inequalities in the legal system, filed the lawsuit on Oct. 28, 2015 on behalf of Riana Buffin and Crystal Patterson, who were unable to afford their bail after being arrested in San Francisco last year. Phil Telfeyan, the organization’s Executive Director, called the judge’s ruling “a great victory.”

“It allows our claims against San Francisco’s unjust bail system to move forward, and it requires Sheriff Hennessy to state her official position regarding the unfairness of money bail. We trust that Sheriff Hennessy will recognize the inherent inequality in a system that frees the rich and jails the poor,” Telfeyan said.
The lawsuit alleges that San Francisco’s bail system is unconstitutional because it violates the principle of equal protection under the law. San Francisco’s fixed bail schedule, set by San Francisco Superior Court judges and ranking among the most expensive in the state, sets bail amounts based on offense and does not take individual circumstances or public safety into account, according to the lawsuit.  Approximately 50 people per day and 18,000 people per year are booked into San Francisco County Jail.  About 85 percent of inmates have not yet been convicted.  Because they cannot afford bail, they can remain locked up for months while awaiting trial, often losing their housing, jobs, or children.

The lawsuit argues that appropriate conditions of release — including pretrial release services and text message or phone call reminders of court dates — can save taxpayer dollars while also increasing public safety and court appearance rates. The lawsuit also calls for appropriate alternatives to pretrial incarceration such as electronic monitoring, intervention and rehabilitation programs, stay-away orders, and home detention.

Since the beginning of 2015, Equal Justice Under Law has filed eleven class action challenges to money bail systems in eight states.  As a result, cities in Alabama, Kansas, Missouri, Mississippi, and Louisiana have reformed their practices to end the use of secured money bail for new arrestees.

San Francisco Public Defender Jeff Adachi, whose office represented Buffin and Patterson before prosecutors dropped criminal charges against both women, said high bails can motivate innocent people to get plead guilty to crimes simply to be released from jail.

Telfeyan said Equal Justice Under Law will continue to litigate aggressively to prove to the court that money bail in San Francisco discriminates based on wealth-status, creating two separate systems of justice, one for the rich and another for people who are poor.

“Jailing people simply because they are too poor to afford bail offends basic principles of fairness that are deeply rooted in our society,” he said.