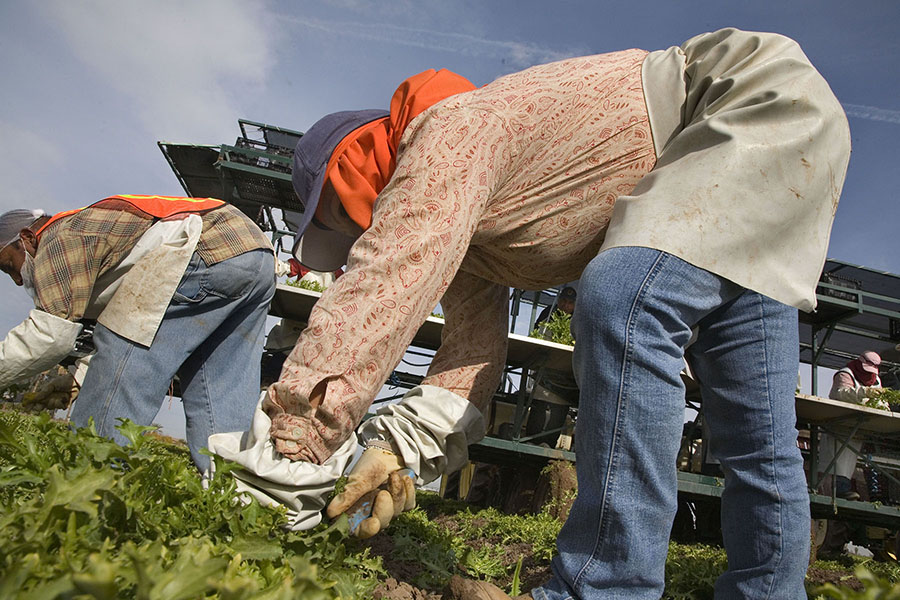 7/21/21 – If the Senate passes, and President Biden signs, the Farm Workforce Modernization Act, U.S. growers and labor contractors will benefit, but most farmworkers will not.

There should be no question that undocumented farmworkers need and deserve legal status in this country. They have fed us, not just during the pandemic, but for as long as we’ve had wage labor in agriculture.

But farmworkers, along with all other undocumented families, need and deserve a bill that provides legal status without imposing the notorious H-2A and E-Verify programs as the price. Growers need labor, but farmworkers need a sustainable future that promises dignified and well-paid work, not just for this generation, but for generations to come.

The Farm Workforce Modernization Act passed the House once under Trump, and then again this spring. With no discussion of it’s possible negative impact, every Democrat in Congress voted for it, except for Maine’s Representative Jared Golden. Yet this bill, presented as a legalization program for undocumented farmworkers, will likely lead to the replacement of as much as half of the nation’s farmworkers by workers brought into the U.S. by growers using the H-2A guest worker program. That, in turn, will cement in place the existing deep poverty in farmworker communities, and make it much more difficult for farmworkers to change this.

Rosalinda Guillen, director of the women-led farmworker organization Community to Community in Washington State, has a long history pushing for equitable opportunities for farm workers and their families to build community. “The nation’s farmworkers,” she says, “should be recognized as a valuable skilled workforce, able to use their knowledge to innovate sustainable practices. Most are indigenous immigrants, and have the right to maintain cultural traditions and languages, and to participate with their multicultural neighbors in building a better America. This bill instead treats farm workers as a disposable workforce for corporate agriculture.”

Last year growers were certified to bring in 275,000 H-2A workers. That is over 10 percent of the farm workforce in the U.S., and a number that has doubled in just five years, and tripled in eight. In states like Georgia and Washington, this program will fill a majority of farm labor jobs in the next year or two.

This program has been studied in many reports over the last decade, from “Close to Slavery” by the Southern Poverty Law Center to “Ripe for Reform” by the Centro de Derechos de los Migrantes to “Exploitation or Dignity” by the Oakland Institute. All document a record of systematic abuse of workers in the program, and the use of the program to replace farmworkers (themselves immigrants) already living in the U.S.

In 2019 the Department of Labor only punished 25 of the 11,000 growers and labor contractors using the program despite extensive violations, and the punishments were small fines and suspension from it for three years. The Farm Workforce Modernization Act continues this abuse, and will accelerate sharply the replacement of the existing workforce.

The bill freezes the minimum wage for H-2A workers, already close to minimum wage, for a year, and opens the door to abolishing the wage guarantee entirely. This will not only hurt H-2A workers themselves. It will effectively push down the wages of all farmworkers.

A long record documents the firing, deportation and blacklisting of H-2A workers who organize or strike. Familias Unidas por la Justicia, the new union for Washington farmworkers, has helped those workers protest, but seen them forced to leave the county over and over again as a result. Growers are currently permitted to violate anti-discrimination laws by refusing to hire women or older workers. The Farm Workforce Modernization Act does not protect them.

The bill, however, does have a provision making it mandatory that growers use the notorious E-Verify system to check the immigration status of workers, and refuse to hire anyone undocumented. This provision will have an enormous impact. Half of the nation’s 2.4 million farmworkers are undocumented. While some will qualify for the bill’s tortuous legalization program, many will not. Denying jobs to hundreds of thousands of farmworkers will cause immense suffering for their families. This would be a bitter reward for feeding the country through the COVID crisis.

Those who qualify for legalization will be required to continue working in agriculture for a period of years. Losing employment will therefore mean losing their temporary legal status, making it extremely risky for them to organize unions or strike. Growers, meanwhile, will use the H-2A program to replace domestic workers who can’t legalize or who leave the workforce for other reasons, including local workers who organize and strike. There are no protections in the bill at all for farmworkers’ right to organize – either for H-2A workers or workers who are living here.

This is a very threatening scenario for farmworker families. Ramon Torres, president of Familias Unidas por la Justicia, says, “In Washington State we have fought with labor contractors and growers for years to protect farmworker rights, of both H-2A and resident workers. Our lived experience tells us what the impact of this bill will be.”