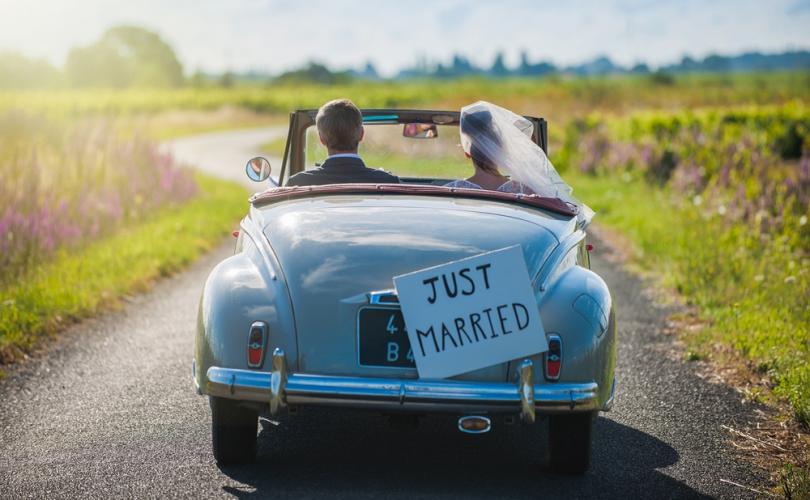 The number of children born out of wedlock grew from just 5 percent in 1960 to 40 percent in 2019. This can’t continue, experts insist

American civil society is facing a serious domestic threat: Marriage is declining and family stability with it.

Between 1962 and 2019, the percentage of women ages 15 to 44 who were married fell by nearly 30 percent, according to a recent report from the Social Capital Project of the congressional Joint Economic Committee Republicans.

“Stable two-parent families in a community are some of the most powerful predictors of the health of the American Dream for poor kids,” W. Bradford Wilcox, a University of Virginia sociology professor and senior fellow at the Institute for Family Studies, told The Daily Signal in an email.

The Joint Economic Committee, chaired by Sen. Mike Lee, R-Utah, examined the strength of American families Thursday in the report, “The Demise of the Happy Two-Parent Home.” The committee’s findings reveal a steady decline in stable two-parent households across the nation.

“It’s important to remember that there is no such thing as ‘parenting,’ Ryan Anderson, a senior research fellow at The Heritage Foundation, told The Daily Signal. “There is mothering, and there is fathering, and children do best with both.”

Though it’s not possible to know how a child’s life may have been altered if raised in a happy two-parent home, “what is self-evident — without consulting research — is that more children would fare better if more were raised by their married parents within a healthy relationship,” the committee’s report states.

Children who are raised in a home with two married parents are less likely to live in poverty or experience physical, mental, or sexual abuse, according to the joint committee. They are also more likely to succeed academically and financially.

Children raised by a mother and father are also less likely to exhibit behavioral issues, such as aggression.

From 1970 to 2019, the percentage of children living without one or both parents doubled from about 15 percent to 30 percent.

The number of children living with unmarried, cohabiting parents has also increased by more than 10 percent in the past 50 to 60 years.

In February, Wilcox, the University of Virginia sociology professor, gave a statement to the Joint Economic Committee, “Family Stability and the American Dream,” in which he addressed concerns over the growing trend of cohabiting couples.

“Children born to cohabiting couples are almost twice as likely to see their parents break up, compared to children born to married couples, even after controlling for confounding sociodemographic factors, such as parental education,” Wilcox said in his statement.

There is a direct link between the stability of a home and a child’s rate of success, Wilcox explained. Children raised in a single-parent home are at least twice as likely to live in poverty compared with children from a two-parent household.

Family stability is “the most significant factor among blacks — not only for poverty, but also for affluence,” Wilcox said, giving credit to the research of John Iceland, a sociology professor at Penn State University.

The committee report noted that although marriage rates have declined across racial groups over the past 60 years, the most dramatic decline is within the African American community.

While the share of married white women between the ages of 15 and 44 has fallen by about 25 percentage points since the 1960s, the decline has been far much more dramatic among black women.

The committee drew four conclusions with respect to ways in which marriage and family stability can be encouraged in civil society:

– “Messaging,” such as through media campaigns, can have positive effects on societal activity. Ads explaining the consequences of teen pregnancies could alter the sexual behavior of young people, for example.

– “Social programs” offering education and skill development on how to “build and maintain healthy marriages” may also strengthen families across socioeconomic backgrounds.

– “Other policies” the committee recommends to increase family stability include “improving career prospects for younger Americans, especially young men,” or even examining the effects of pornography on adult partner relationships.

A young person’s future is not necessarily doomed to failure because of the lack of family structure. However, children raised by a single parent do face greater adversity when compared with children raised in a happy two-parent home, the Social Capital Project report concludes.

September 11, 2020 by admin Comments are off 0 viewson Frontpage