COVID-19: How to return to school in the midst of the pandemic? 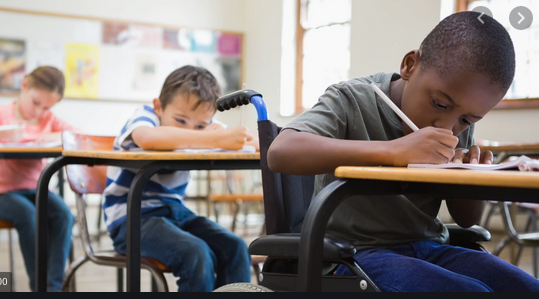 Experts assure that the most vulnerable students must be cared for before implementing formulas that increase the digital divide. School districts are being forced to reopen without any guidance from the federal government

In East Orosi, a community of about 200 families in the Central Valley of California, children have been thinking for 10 years that water comes naturally from a bottle. There they depend on the distribution of the precious bottled liquid for bathing, cooking and other cleaning uses. They do not know what drinking water coming out from a tap is (even if they pay for the service), much less what is broadband internet access.

These brutal inequities are the main challenge when thinking of a safe and equal model to return to school this semester, in the midst of the COVID-19 pandemic. According to Eddie Valero, supervisor of District 4 of the Tulare County Board of Supervisors in California, which covers East Orosi, it is impossible to think about distance learning with equity if you don’t start by looking at what communities, mostly Latino and traditionally neglected, they need.

“We must model our classes with the most struggling students as a priority in these poor and underserved neighborhoods. And from there, look up to those who have the most access,” said Valero, who spoke at a press conference organized via zoom by Ethnic Media Services.

The supervisor said that in the communities he serves there are no community centers where children can go to study, and that many already had learning deficiencies before the pandemic. In these places, access to smartphones, computers, or private tutors is a mere illusion. According to the National Center for Education Statistics (NCES), there are 11 million children in the country who do not have access to laptops or the internet at home.

“We must continue to pressure our legislators at both the state and federal levels on ways to rectify our mistakes … We need to reimagine what the schools of the future will be like.”

Valero was optimistic with two bills currently in the Senate and Assembly in California that could have a massive impact on equitable access to technology, one of the main pillars of distance education.

One is Assemblywoman Cecilia Aguiar-Curry’s AB-570, which would authorize schools to ask the Department of Education for the necessary computing devices and Internet connectivity suitable for home learning, prioritizing the poorest neighborhoods.

The other is Senator Lena González’s SB1130, which seeks that the Public Services Commission approve funds for infrastructure projects that allow all households considered to be “high poverty” no later than December 2024 to have access to band internet. Wide at speeds of a minimum of 25 megabytes per second.

The Cutler-Orosi School District – also in the Valero jurisdiction – began by distributing Chromebooks and Ipads to all students in grades kindergarten through 12. And it is the intention of the Supervisor to involve county libraries and the Department of Parks and Recreation “In the search for solutions to use our libraries and parks more effectively in times of social distancing.”

The problems of the so-called digital divide were compounded by the pandemic. Most schools were not prepared to give teachers real guidance on how to use technology or effective forms of instruction for children to study from home. That’s not counting homeless children, those with learning disabilities or those who live in crowded homes where there is no space to study or concentrate.

Although in those situations, parents would like children to return to their traditional educational space, “we are asking districts to reopen (schools) without any guidance or security for staff,” said Pedro Noguera, dean of the Rossier School of Education at the University of Southern California (USC).

“Teacher unions have announced that they will go on strike if forced to work in unsafe conditions … in the absence of federal and state leadership, districts are improvising on their own how to return to school,” said Noguera, who He recalled that in countries like Israel, the early opening of schools has caused the outbreak of the virus.

“We have to put pressure on technology giants like Facebook and Amazon, which have accumulated huge profits during the pandemic … they have a moral responsibility to assist technologically disadvantaged families,” added Noguera.

Three models of back to school have been discussed in the United States: online teaching in its entirety; a hybrid model that allows a percentage of the school population to be brought to the classroom at a safe distance of 6 feet some days of the week, while the rest remain at home; and the return to school without any additional protocol, that is to say as it was done in the past.

“At the beginning of this process (March-April) there were many states in the south of the country, such as Flori-da Georgia, Alabama, Arizona, Texas, that wanted to do things normally without social distance or masks,” said Dan Domenech, executive director of the Association of Superintendents of Schools, (AASA in English).

“But infection rates have dramatically changed their stance … We have strongly pushed for guidelines from the CDC (Centers for Disease Control and Prevention), but the (Donald Trump) administration believes these principles are contrary to its main objective which is to open the economy”, added Domenech.

AASA has calculated how much it would cost the country to partially reopen schools with sanitation protocols in school spaces, special protection equipment (PPE) for teachers and staff, and bus routes that allow minimizing the number of children in the vehicles. He concluded that this cost is $490 per student, which is why he is asking Congress to approve a budget of $ 200 billion.

“The solution is for the federal government to put the money in, but since it’s going into recession in the summer now, it’s impossible to know when those funds will be available,” said Domenech.

(This article was cut due to lack of space).