Mexico today grants permission to use the Pfizer anticovid vaccine 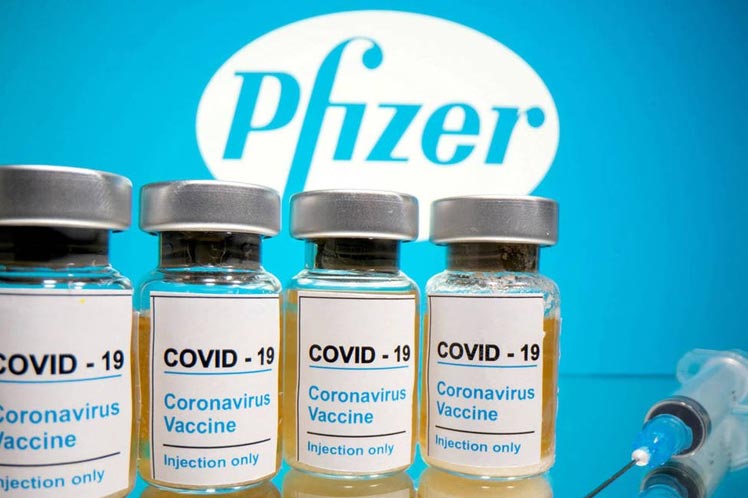 MEXICO – The Federal Commission for the Protection against Sanitary Risks (Cofepris) will grant Pfizer today the registration of emergency use of its vaccine against Covid-19, making Mexico the sixth country to approve that formula.

The first to approve it were the United Kingdom, Bahrain, Canada and Saudi Arabia, and yesterday it was pre-authorized in the United States. The decision of the Cofepris will be given after the recommendation in the neighboring country.

Mexico, the US to keep the border closed for another month

MEXICO – Mexico and the United States renewed the deal to keep the common border closed for another month in non-essential steps of its over 2,000 kilometers of extension, unfolded the local Foreign Affairs Ministry on Friday.

On Twitter, the Ministry of Foreign Affairs noted that, after reviewing the development of the spread of SARS-CoV-2 coronavirus, and due to the fact that several entities are in the orange of the epidemiological traffic light, Mexico proposed to the United States the extension for another month of the restrictions to non-essential land transit on their common border. The measure will surely be of great commercial impact due to the Christmas season and once again causes discomfort for Mexican border citizens, because they assure that it applies mainly to them and not to those coming from the United States.

In its statement, the Secretariat reiterates that the restrictions will remain in the same terms as they have been since their implementation on March 21, 2020.

Both countries will coordinate health measures in the region, which will be in effect until 23:59 local time on Jan. 21, 2021.

MEXICO, Dec 15 – The 58th General Assembly of the Pan American Sports Organization (Panam Sports) begins today its two-day virtual session, to analyze the activity of the last year and elect its leaders.

Based in Mexico, Panam Sports brings together representatives of the 41 National Olympic Committees of the Olympic Movement of the Americas, and members of numerous regional and international institutions.

The delegates will hear and debate more than twenty reports and accountability of commissions in a sports season marked by the continuous suspension and postponement of athletic jousts due to Covid-19.

Intense sessions are expected that, on this occasion, will be coordinated from the city of Miami, United States, by the president of the continental group, Chilean Neven Ilic, who, according to consultations, will maintain the position for which he has no candidate against.

After the message of the president of the International Olympic Committee (IOC), Thomas Bach, the marathon of reports will begin, including that of Ilic himself and those of the organizing committees of the Cali 2021 Youth Games, Santiago 2023 Pan American Games and Tokyo 2020 Olympic Games.

Cuba will be represented by Roberto León Richards, head of the island’s Olympic Committee (COC); Ruperto Herrera, Secretary General of the COC; María Caridad Colón, invited as a member of the IOC; and José Peláez, president of the Pan American Cycling Confederation.

It will be in tomorrow’s session when the elections for the positions of president and members of the Executive Committee are held.

The speakers will also provide updates on the progress made over the last year and throughout the term of the current leadership of Panam Sports.

The new Executive Committee, including its re-elected president, will carry out its functions in the 2020-2024 period starting Wednesday, Dec. 16.

December 19, 2020 by admin Comments are off 0 viewson Latin Briefs