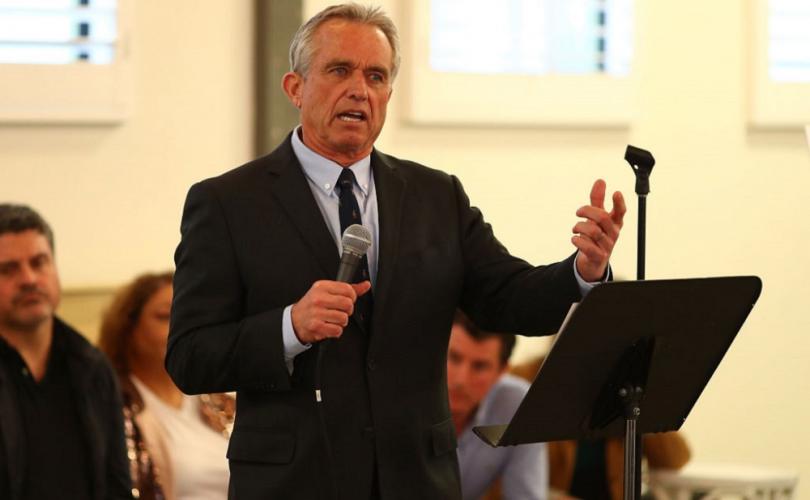 The org’s leader, Robert F. Kennedy, Jr., claims that the social media giant is an ‘opponent’ of ‘real science and open debate’

“At a time when the social media platform and its creator claim to be exponents of free expression and the scientific method for discovering truth, this case reveals the opposite: that they are indeed censors, and opponents of real science and open debate,” the lawsuit states.

Led by attorney Robert F. Kennedy, Jr., Children’s Health Defense (CHD) is mostly known for being critical of vaccines because of their dangerous side effects. The organization also champions other causes, including the harmful effects of “climate change.”

Filed on Monday with the United States District Court for the Northern District of California, the complaint recounts that Democratic congressman Adam Schiff “threatened to introduce legislation to remove Facebook’s immunity under Section 230 of the Communications Decency Act unless Facebook implemented algorithms to ‘distinguish’ and suppress ‘vaccine misinformation’ and advertising.”

In response, “[t]he Centers for Disease Control and Prevention (‘CDC’) and, under its aegis, the World Health Organization (‘WHO’) then collaborated at length with Facebook to suppress vaccine safety speech with a ‘warning label’ and other notices that appear to flag disinformation, but in reality censor valid and truthful speech, including speech critical of those agencies and their policies.”

“Since September 2019, Facebook and [CEO Mark] Zuckerberg have falsely denigrated CHD through a ‘warning label’ on CHD’s page, which conveys a classic false imputation of dishonesty in CHD’s trade,” the lawsuit goes on. “Since March 2019, with increasing frequency, Facebook and its affiliated ‘fact-checkers’ (their Orwellian term) have published ‘false information’ tags on CHD’s page, which materially misrepresent the accuracy of CHD’s own content.”

The lawsuit draws an analogy between censorship of newspapers centuries ago and current censorship on platforms like Facebook. “Here, government actors actively partnered with one of today’s leading ‘printing presses’ (Facebook) to censor Plaintiff’s speech critical of government policy.”

Facebook, the complaint states, has a conflict of interest in fact-checking and slapping warning labels on posts critical of vaccines and other issues like the potential dangers of wireless networks. “Less well-known are Facebook’s efforts as a seller of pharmaceutical ads, purveyor of global 5G and wireless networks and services, and developer of vaccines.”

According to CHD, the current case “arises in a pandemic when the need for public debate on health issues has never been greater. CHD’s vision is a world free of childhood chronic health conditions caused by environmental exposures.”

Robert F. Kennedy, Jr. is an outspoken critic of vaccines. During a recent debate with renowned Harvard law professor Alan Dershowitz, Kennedy warned Americans to be cautious about any new coronavirus vaccine, pointing out that key parts of testing are being skipped.

“The Moderna vaccine, which is the lead candidate, skipped the animal testing altogether,” he said.

In spite of these significant problems, “they’re going ahead, and making two billion doses of that vaccine.”

Another problem with the testing of the coronavirus vaccine is that it’s tested not on “typical Americans,” but on a carefully selected group of people who don’t suffer from certain conditions.

“They use what they call exclusionary criteria,” Kennedy said. “They are only giving these vaccines in these tests that they’re doing to the healthiest people.”

He asked, “What happens when they give them to the typical American? You know, Sally Six-Pack and Joe Bag of Donuts who’s 50 pounds overweight and has diabetes.”

Kennedy stressed several times that “any other medicine … that had that kind of profile in its original phase-one study would be [dead on arrival].”

“No medical product in the world would be able to go forward with the profile that Moderna has,” he reiterated.

August 21, 2020 by admin Comments are off 0 viewson Frontpage