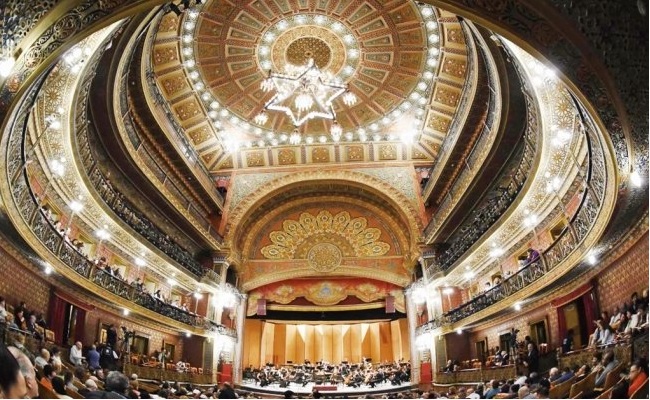 The 48th edition of the Cervantino International Festival (FIC) has been canceled due to the COVID-19. Instead, it will be held in an online format from October 14 through 18 “to protect the integrity of the public, the artists, and the participants.” Meanwhile, Cuba and Coahuila, the guests of honor of this edition, will be part of the cultural festival until the 49th edition, as informed by the Culture Ministry through a statement.

“The pandemic that is being experienced at a global scale has opened new opportunities to explore formats adapted to our reality: It’s not only about moving the cultural expressions to the screen but to adjust the digital resources to the needs of the artistic expressions and their creators,” as asserted Mariana Aymerich Ordoñez, the general director of the Cervantino International Festival.

According to the organization, the 48th edition of the festival will be focused on “a new format to adapt to the new condition stemmed from the presence of COVID-19 and will look to generate new cultural experiences through digital media at a distance to be close to the public.”

In recent days, the Guanajuato’s Health Ministry itself told El Universal, through its public chat, that it was unlikely the festival would take place due to a surge in COVID-19 cases in the state.

“Follow the measures of health authorities and under the premise of favoring people’s lives and health, the Cervantino International Festival’s Organizer Committee (COFIC) agreed, in a unanimous decision, that the FIC’s 48th edition will be held in a digital format from Oct. 14 through 18, to protect the integrity of the public, the artists, and the participants,” says the statement.

During five days, the artistic presentations in digital formats, as well as the conferences, workshops, and masterclasses will be available from everywhere in the world, including all the contents at the official website of the FIC, its app, and the platform Contigo en la Distancia.

In order to support Guanajuato, which has been the home of the festival for 47 years, “there will be a program to support the capital through tourism campaigns and there will be economic resources through programs of Mexico’s Culture Ministry while the relationship with the University of Guanajuato is strengthened, an institution that is a key element of the operation and definition of the festival. There will be supports to different sectors that collaborate in each edition at the organization of the festival, which will be announced by federal and state authorities.”

The program for the 48th edition of the FIC will be soon available on its official website and its social media accounts.

September 7, 2020 by admin Comments are off 0 viewson Arts & Entertainment