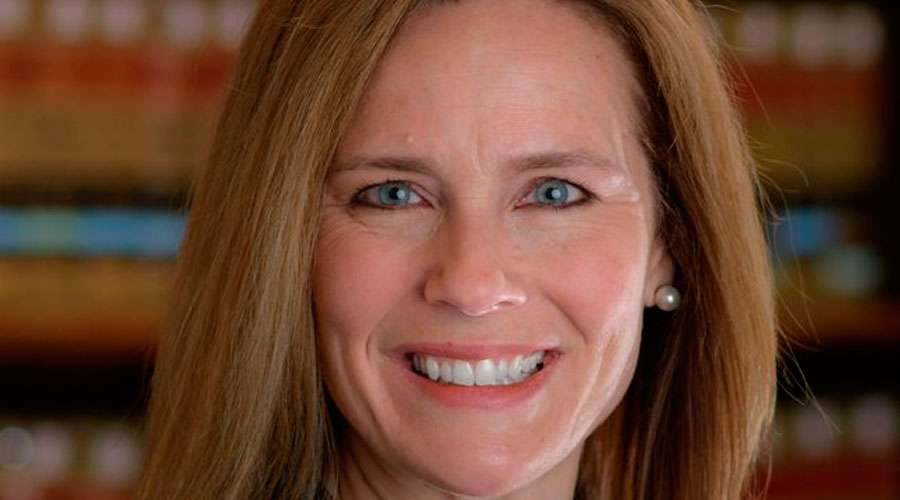 WASHINGTON — President Donald Trump on Saturday signaled he would soon nominate a potential replacement to the late Supreme Court Justice Ruth Bader Ginsburg, who died Friday evening at 87. Judge Amy Coney Barrett, a Catholic mother of seven, is widely reported to be the front-runner in the president’s deliberations regarding a nominee.

In his Twitter account, the president wrote this Saturday that “we have been placed in this position of power and importance to make decisions for the people who so proudly elected us, the most important of which has been the election of judges for the Court. Supreme of the United States. We have this obligation, without delay! ”

Barrett, a federal judge on the 7th Circuit Court of Appeals, has been reported to lead the president’s short list, and was also a contender for Trump’s second Supreme Court nomination in 2018, before the president nominated Justice Brett Kavanaugh.

According to Axios, Trump reportedly in 2018 told confidantes of Barrett that he was “saving her for Ginsburg” in explanation of his decision not to appoint her to the Supreme Court seat vacated by Justice Anthony Kennedy.

Appointed a federal judge in 2017, Barrett had been a professor at Notre Dame’s law school and has twice been honored as “Distinguished Professor of the Year” at Notre Dame, and had clerked for Supreme Court Justice Antonin Scalia. She is married and has seven children.

As a nominee to the federal bench, Barrett was pointedly questioned by Democratic senators on the Judiciary Committee in 2017 on how her Catholic faith would influence her decisions as a judge on cases of abortion and same-sex marriage.

In Senate hearings, California Senator and Democratic Party member Dianne Feinstein called Barrett “controversial” because in analyzing his career he told her “you have a long history of thinking that religious beliefs should prevail” over law.

Her seven children include two adopted from Haiti; one of her children has special needs. She is also reportedly a member of the People of Praise charismatic community, which was criticized as a “cult” during her 2017 confirmation hearings.

Bishop Peter Smith, a member of a related association of priests, told CNA in 2018 that there is not anything unusual or out of the ordinary about the group, which is a “covenant community,” mostly of laity.

“We’re a lay movement in the Church,” Smith explained. “There are plenty of these. We continue to try and live out life and our calling as Catholics, as baptized Christians, in this particular way, as other people do in other callings or ways that God may lead them into the Church.”

Whether or not he selects Barrett, Trump’s likely nomination of a Supreme Court Justice to replace GInsburg has become a matter of serious political controversy, in an already fractious U.S. political and social context.

Republican Senate Majority Leader Mitch McConnell pledged Friday that a Trump Supreme Court nominee will be voted on for confirmation by the United States Senate, even while there are fewer than seven weeks until the Nov. 3 presidential election.

Democratic leaders have pushed back, and pointed to McConnell’s refusal to consider Obama Supreme Court nominee Merrick Garland in March 2016, seven months before that year’s presidential contest. At the time, Republicans said that it would be more appropriate to wait until after the November election to fill the Court vacancy.

McConnell defended his decision Friday night, saying that “in the last midterm election before Justice Scalia’s death in 2016, Americans elected a Republican Senate majority because we pledged to check and balance the last days of a lame-duck president’s second term. We kept our promise. Since the 1880s, no Senate has confirmed an opposite-party president’s Supreme Court nominee in a presidential election year.”

“By contrast, Americans reelected our majority in 2016 and expanded it in 2018 because we pledged to work with President Trump and support his agenda, particularly his outstanding appointments to the federal judiciary, we will keep our promise,” McConnell said.