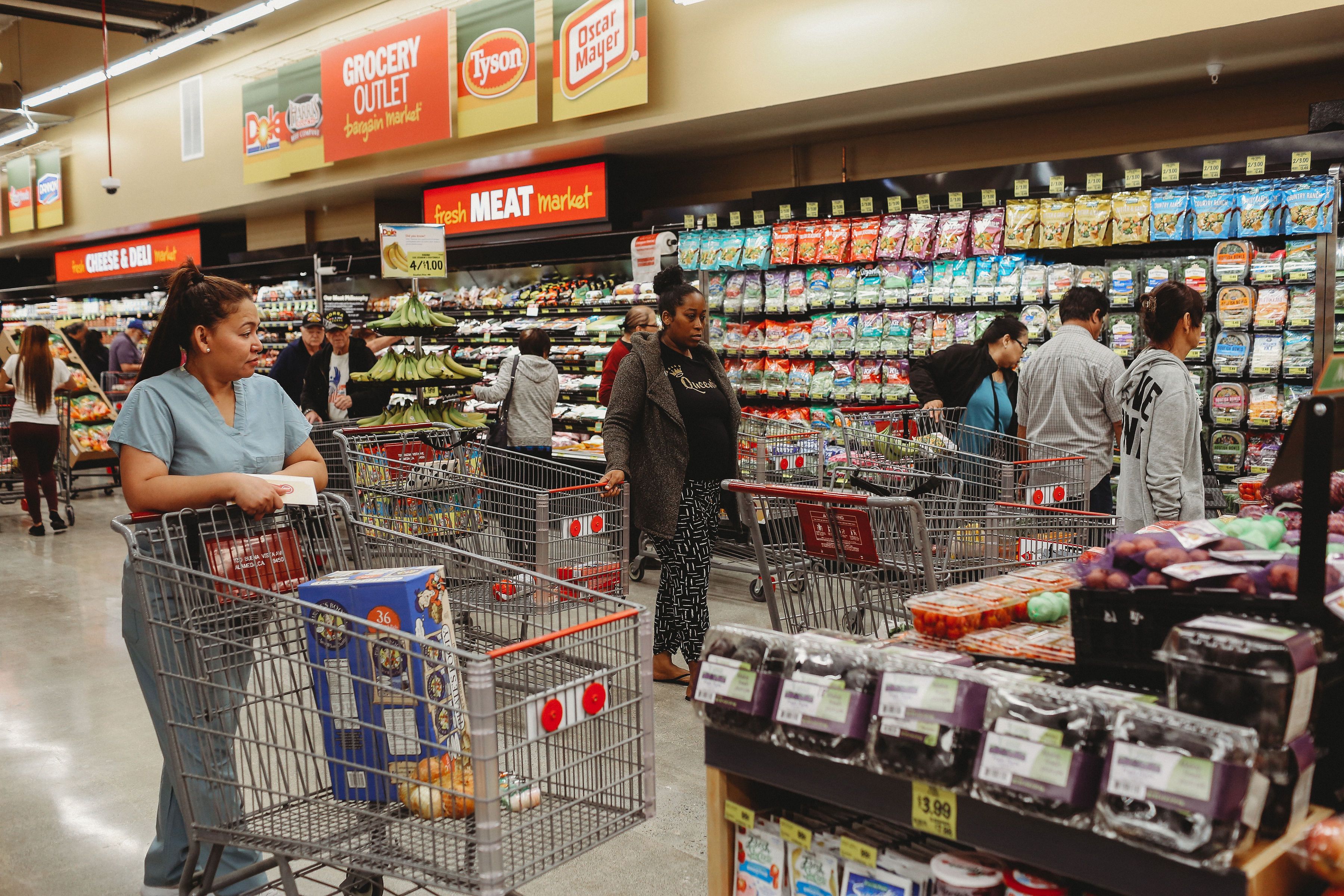 One in Six Latino Households in the U.S. Struggles with Hunger

Emeryville, Calif. (June 24, 2020)- Grocery Outlet Bargain Market, extreme-value grocery retailer, today launched its tenth consecutive Independence from Hunger® Food Drive to combat food insecurity. From June 24 – July 31, 2020, the campaign will collect cash donations and pre-made bags of nonperishable foods in-store at Grocery Outlet’s 350 locations that will be distributed to local food agencies partners. In addition to the local store donations, Grocery Outlet has initiated a “Million Dollar Match,” a pledge to match up to $1 Million of donations made to the stores to multiply Independence from Hunger’s effort to support food agencies across the nation.

Locally, Grocery Outlet stores in the San Francisco area have partnered with food banks such as San Francisco and Marin Food Bank, among, others to collect food and cash donations.

According to the USDA’s latest analysis of Food Insecurity in America, 11 million households suffer limited access to food sources and suffer from food insecurity (USDA, Household Food Security in the United States in 2018).  In addition, according to Feeding America, one in six Latino households in the U.S. struggles with hunger.  For Latino children, the disparity is even more severe.  More than 18 percent of Latino children are at risk of hunger compared to 12 percent of White, non-Hispanic children.

Each independently owned and operated Grocery Outlet store is committed to giving back to the local community and have partnered locally to bring the community together in providing families nutritious food. This year, food agencies have experienced a growing need to provide food for children who have been prematurely released from annual school schedules, due to COVID-19. This has resulted in record lows for food bank inventories across the country.

“We feel it is more important than ever to help lessen the number of families across America at risk for food insecurity. This year, Grocery Outlet has pledged to match up to 1 million dollars to support and expand the program’s effort.” said Eric Lindberg, CEO at Grocery Outlet, Inc. “Last year, with the overwhelming help of our community, our campaign funded over 2 million dollars to those in need. In our tenth year, we are dedicated to make a greater impact.”

Since its launch in 2011, the Independence from Hunger campaign efforts have collected more than $5 million nationwide. Customers can make a difference by visiting their local Grocery Outlet and participating in one of these easy steps:

“With school closures resulting in record lows for food bank inventories across the country, we are once again reaching out to our loyal customers, employees and partners to join us and help support our neighbors in need.” said Lindberg. “Our goal is to continue providing access to high-quality and nutritious food for our local communities in need and this year have promised to match up to 1 million dollars to support our store’s efforts.”

July 1, 2020 by admin Comments are off 0 viewson Community Events