All communities should participate in the U.S. 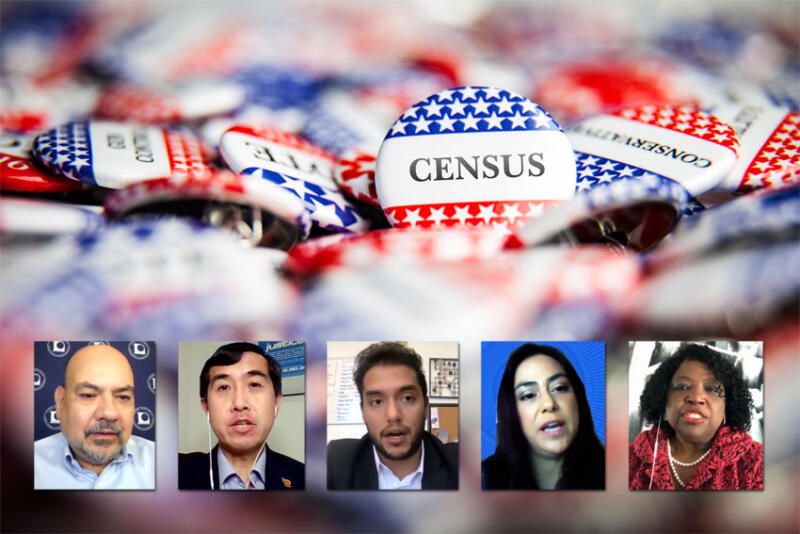 All communities, regardless of citizenship status, need to respond to the U.S. Census inspite of President Trump’s July 21 policy memo on reapportionment, civil rights advocates and census experts urged in an ethnic media conference call on July 24.

The memo, issued July 21, instructs the Commerce Department to eliminate undocumented immigrants from census data used for reapportioning Congressional Districts for the next decade.

“One thing to make clear is that the President is not asking for undocumented immigrants to be excluded in the Census. A great deal of media coverage suggests that those immigrants will not be counted, and that is not what the policy memo is asking for,” said Arturo Vargas, executive director of the National Association for Latino Elected Officials (NALEO).

The Trump Administration asserts it intends to use “administrative data” from other departments to calculate the number of undocumented immigrants in the Census final count, and calculate population numbers for the purposes of reappoprtionment without them.

Public interest lawyers have said that this policy memo is unconstitutional, and three separate lawsuits have been filed in federal courts to challenge it. States with large immigrant populations could lose Congressional seats.

Vargas warned that excluding “undocumented immigrants” after the Census is finalized amounts to “nothing more than cooking the numbers, or making up an entirely new data set on which to base the most important element of our democracy”.

Vargas and other experts say that the federal government´s data will be “very imprecise,” in part because the 2020 Census does not contain any question regarding citizenship or immigration status and because the data collected by other federal departments is generally inaccurate.

According to a new report by the Migration Policy Institute, the process the Administration proposes could incorrectly “lump together” as many as 20 million U.S. citizens with unauthorized immigrants due to matching errors. “Such errors are likely to be greater in low-income urban and rural communities, thereby exacerbating any undercount that may occur in those communities and reducing their voting power relative to more affluent communities,” the MPI report noted.

The goal of community organizations regarding the Census has not changed in spite of the memo, said John C. Yang, President and Executive Director of Asian Americans Advancing Justice (AAAJ).

“There is no immigration status question whatsoever in the Census and we encourage people to respond online, on paper or by telephone, especially if they don´t want an enumerator to knock on their door,” Yang said. “And I remind them that the deadline for responding is still October 31.”

Yang, who is also an attorney, reiterated that “Article 1, Section 2 of the U.S. Constitution makes clear that apportionment is based on all persons in the United States,” and makes no distinction between citizens and persons.

“The suggestion that somehow undocumented immigrants are not people or persons just flies in the face of logic, legislative history and policy of the United States for several hundred years,” Yang added.

Nevertheless, the memo has deepened uncertainty and fear which will further inhibit many communities from responding to the Census, especially those in Florida and Texas which have provided no state funds for census outreach.

“We are still having to address the fear of the citizenship question that was pushed by the Administration early on,” said Nestor López, a census organizer from the Texas border county of Hidalgo.

The challenges in Hidalgo County are compounded by a persistent undercount of the area for at least the last two decades, the lack of internet connectivity in many of its communities and the pandemic, which crushed plans for person-to-person interaction, Lopez added.

He and other activists have had to switch strategies from in-person activities to online outreach and rely on local voices and celebrities “to share our message.”

“Our numbers are pretty low across the state,” said Hilario. “We have some tribes at 60 percent self-response and a lot of tribes hovering around 20 to 30% response rates. About 20 tribes are under 15 percent response. The positive thing is that our response rates are greater than they were in 2010.”

California’s response rate so far is 63.8 percent and this year, the state has invested at least 2 million dollars in specific outreach towards counting tribal populations in the state.

The tribal specialist pointed to the fact that many households have not received a unique Census I.D., which wasn´t required in the general population, to use when responding to the questionnaire.

“Tribes were instructed to wait for the unique identifier,“ she said. “Some of those tribes to this day have not received those packets with the identifiers which is causing a huge challenge”.

Many tribes have also declared a state of emergency which does not allow for the entrance of enumerators to their areas. Hilario pointed out that the most effective way to get Native Americans to participate is to reinforce the appeal of the Census as a way to strengthen sovereignty.

Marilyn Stephens, Assistant Regional Manager for the Southern District of the U.S. Census, highlighted precautions the Bureau is taking as enumerators begin knocking on doors for the next phase of the census. “Staff has been issued masks, sanitizer and clear instructions and training, they cannot enter a home, they must practice social distancing.” But, she noted, “people can still avoid the visit by self-responding now”.

The specialist uses a simple message to encourage communities to participate: “The only message that I tell people is this: It takes less than 10 minutes to fill out the Census and it guarantees 10 years of services and representation. Everyone must be counted”.