Border travel restrictions may be extended to August 21 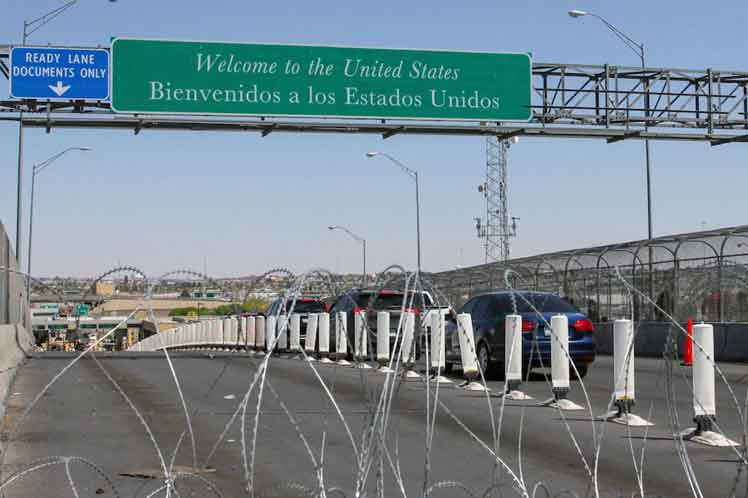 Leisure travel would continue to be prohibited

Mexico’s Ministry of Foreign Affairs announced that it has proposed extending restrictions on non-essential travel between Mexico and the United States until Aug. 21.

The restrictions, which apply to the land border only and do not affect air travel between the countries, have been in force for nearly four months.

On its official Twitter page, the Foreign Ministry proposed that “the restrictions will remain in the same terms in which they have been developed since their implementation on March 21. Both countries will continue to seek to coordinate health measures in the border region.”

The United States has yet to announce an extension of border restrictions; the decision lies in the hands of officials from the Centers for Disease Control and Prevention (CDC).

People who have temporary work visas, emergency personnel, students, government officials, flight crews and those involved in cross-border trade are still allowed entry under the terms of the current restrictions. Travel for leisure, tourism or recreation is prohibited.

According to the most recent data available, the border states of California, Arizona, New Mexico and Texas have a combined total of 764,996 confirmed cases of the coronavirus. On the south side of the border, the Mexican states of Baja California, Sonora, Chihuahua, Coahuila, Nuevo León and Tamaulipas have a total of 55,083 cases.

“Attention U.S. citizens on both sides of the U.S.-Mexico border! We’re still in the midst of a pandemic, but hundreds of thousands of people PER DAY are crossing the land border — and fully 90 percent are U.S. citizens or green card holders,” he posted to Twitter. “Whichever side of the border you live on, this is NOT the time to cross to shop, eat, or visit family on the other side. Only ‘essential’ travel is permitted over the land border.”

Mexican President Andres Manuel Lopez Obrador announced on Friday that he decided to put the country’s ports and customs under military protection, and he communicated it to the concerned secretariats.

The usual morning press briefing and the citizen security meeting were held on Friday at the Sixth Naval Region of Manzanillo, in Colima state. This was an opportunity to publicly settle discrepancies between that government and the federal executive.

About the port issue, Lopez Obrador assured that all kind of contraband such as goods and drugs are introduced through Manzanillo, especially chemicals that are the most destructive and harmful modern drugs because they can destroy young people.

For this reason, we have decided that the land and maritime customs are in charge of the Secretariat of Defense and the Secretariat of the Navy, and the same happens in ports for security and to avoid that those drugs enter the country, the head of State said.

The president considered that the serious problems in the country’s ports are fundamentally due to corruption and port mismanagement, and this explains why so many attacks and murders occur in Colima and the country’s other regions.

Governor Ignacio Peralta Sánchez, of the opposition Institutional Revolutionary Party (PRI), agreed that Manzanillo port is part of the federal strategy and promised to support the national executive in its fight to clean up ports and customs.

US, Canada and Mexico to maintain border closure until August

The United States, Canada and Mexico will maintain a partial closure of borders until late August due to the SARS-Cov-2 coronavirus pandemic, Acting Secretary of Homeland Security Chad Wolf informed.

The official, who made the announcement on his Twitter account on Thursday, said that the decision was a joint agreement among the three countries with the aim of curbing the spread of the pathogen, causing the Covid-19 disease.

According to Wolf, the partial closure occurs as of the ‘success of the current restrictions’ and the close collaboration with the Canadian and Mexican governments.

The United States, Canada and Mexico have agreed on March 20 to limit all non-essential travel across borders facing the danger of the pandemic. Since then the measure has been extended.