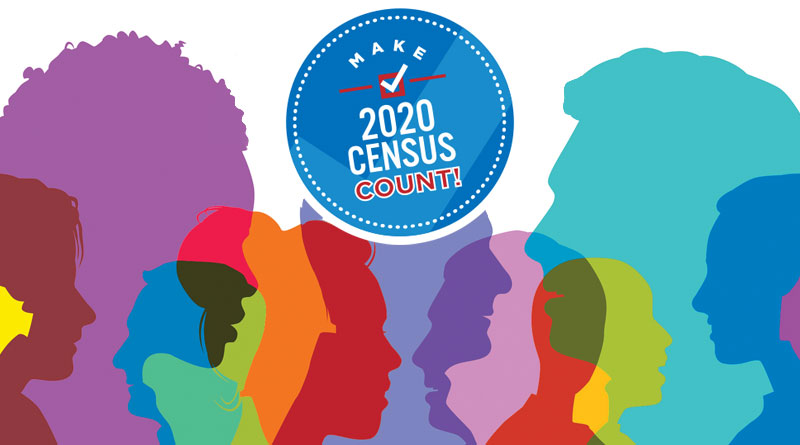 San Mateo County has achieved the highest census self-response rate in California by working with local organizations that know their communities intimately and by targeting messages to them.

Those efforts by trusted, countywide, “on-the-ground” messengers were funded by more than $1.3 million from state and county monies, officials said during a June 30 conference call hosted by Ethnic Media Services.

San Mateo County has reached a 72.8 percent self-response in the 2020 census, higher than the state’s 62.9 percent average and the nation´s 61.8 percent.

This means that almost three out of four county residents already have filled out the population questionnaire, well ahead of the start of door-to-door visits by census enumerators, which are slated to start in mid-July for some U.S. locations and in August for the rest of the nation.

San Mateo County, located in the Bay Area on the San Francisco Peninsula between the cities of San Francisco and Palo Alto, is composed of dissimilar communities, and the high self-response number varies greatly. Some cities in the county, like Pescadero and East Palo Alto, are way behind in the count, according to local groups.

Megan Gosh, census management analyst of the San Mateo County Office of Community Affairs, said the county began working on the project to boost census responses back in January 2018.

“We had plenty of challenges: 13 of 20 cities in San Mateo have a combination of hard-to-count census tracks, as well as unincorporated areas all over the county,” she said.

Hard-to-count groups include renters, noncitizen residents with limited English proficiency and children under 5 years old, she added. California itself is a hard-to-count state.

The county’s lack of affordable housing means many addresses are not known to the Census Bureau because they are tied to “nontraditional” housing units, such as converted garages and recreational vehicles. In other cases, people living in rural areas would not get the letters or questionnaires because the bureau will not deliver them to post office boxes, which most rural residents rely on.

“We worked with city planners and local organizations to canvass areas with those nontraditional units and add their addresses to the master list of the census,” Gosh said.

That county project was able to add 2,000 addresses to the census master files. Using a conservative two persons per household, those additions would have resulted in $4 million per year for the county because population counts are tied to distribution of federal and state resources. They also are used to create electoral districts that are meant to ensure political representation of all communities. Undercounts tend to shortchange that representation.

Gosh and other county and community leaders described the more than two-year effort to get up-close, personal knowledge of those communities and what makes them tick, sometimes having to correct course and tailor messages to convince residents to participate in the census.

“For example, we received word that Daly City renters were hesitant to take the census due to lack of trust in sharing their information,” explained Melissa Vergara, a census specialist with San Mateo County. “So we created a targeted door hanger that spoke specifically about confidentiality laws for the census.”

Other areas are receiving “hyper-targeted” messages through social media campaigns and internet ads by zip code, videos and bus shelter billboards. Also helping was outreach through faith congregations and in different languages, depending on local ethnic composition.

Creativity and flexibility are key components of the strategies local organizations have used. Rita Mancera, executive director of Puente de la Costa Sur in Pescadero, said her community was seriously undercounted in the 2010 census, and “not one platform works by itself” in reaching everyone.

“The 2010 census counted 2,019 residents in our community, but we knew we served at least 1,600 individuals, so our estimate is that we had between 5,000 and 6,000 residents, most of whom had been missed,” Mancera said. She estimates that only about 33 percent of the community was counted in 2010. So far this year, Pescadero’s response rate is 46.1 percent.  “And it was very hard to get there,” she adds.

Many immigrant residents have trust issues because of their experience in their home countries, Mancera says. But the organization has used its relationship with those communities and families to get them to participate in the census.

“We distribute help to about 200 households every Thursday, urging them to use phones to respond to the census,” she explained. “We hired one person to call about 250 families that had received school supplies from us last year, so we could assist them in answering the census over the phone. There is also a lot of informal communication going on.”

An example of how a motivated community working with a trusted local organization can surpass expectations also occurred in Pacifica, a city where the self-response rate has been higher than that of neighboring, more affluent San Carlos.

“We leverage the trust they have in us,” said Anita Rees, executive director of Pacifica Resource Center. “Our organization has been serving the area for 45 years. This is a passionate community, often divided on issues, but the census has become common ground. For us, the message that the census is their voice being heard has worked, and also the community is competitive — they wanted to beat out San Carlos.”

Outreach to the Asian community has been highly targeted, said Nina Li, outreach coordinator for San Mateo County. More than 30 percent of the population of the county is Asian. Chinese, Tagalog and Hindi are the most spoken non-English languages, aside from Spanish.

Immigration status has been key to reach the diverse Asian populations, aside from language, said Li, who like many in her community is a non-citizen legal permanent resident who is experiencing her first decennial census.

“For many in our community, this is a new concept, and they have the misconception that this is similar to an election where you have to be a citizen to participate, which is not the case,” Lee said.

Li says their outreach efforts have used We Chat, a social media platform popular in Asia, and targeted messages to permanent residents and even temporary visa holders.

“I am not a citizen, but I go to parks and libraries, I use public transportation, and my daughter is going to go to public schools, all services impacted by the 2020 census for the next 10 years,” she said. “We make sure people know that.”

Lisa Tealer, executive director of the Bay Area Community Health Advisory Council, said African Americans, Latinos and others in East Palo Alto respond to the idea of regaining the power of “being counted,” a phrase that historically has had negative connotations because the census was used to discriminate against some communities in the past.

“We now claim it as power, we want to be counted because we helped build this country,” Tealer said.

Similarly, the Pacific Islander community residents respond to the idea that the census is a way to ensure resources for the new generations, said Talavoy Aumavae, leader in the San Mateo County Pacific Islander Complete Count Committee.

“We stressed the fact that our ancestors had migrated here for better opportunities for their families, and it’s imperative that we tie the census response to our futures,” Aumavae said.

July 3, 2020 by admin Comments are off 0 viewson Frontpage