COVID-19 stimulus package, a mixed bag for those in greatest need 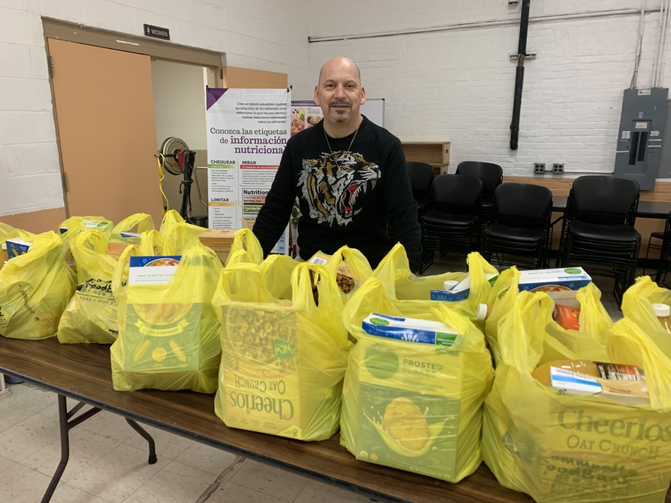 The CARES Act was signed into law by President Donald Trump March 27. It was intended to help millions of workers who have lost their jobs as shelter-in-place orders are implemented around the nation to mitigate the community spread of the novel coronavirus. The relief package also provides small businesses with the Paycheck Protection Program, allowing them to keep employees on payroll for up to eight weeks.

But millions of people — including the undocumented, and those who have no social security number — will receive no relief, said panelists at the briefing, organized by Ethnic Media Services and supported by the Blue Shield of California Foundation.

“The bills that have passed Congress so far have not provided enough economic support or health coverage for immigrants including those who have protection under Deferred Action for Childhood Arrivals and Temporary Protected Status and others,” said Kerri Talbot, director of federal advocacy at the Immigration Hub. “We’re really concerned that during this crisis people are not going to be able to access the health care that they need because they are not covered by emergency Medicaid,” she said, noting that denying aid to vulnerable immigrants puts all communities at risk.

Individuals in “mixed households” — in which one or more persons are undocumented, but living with U.S. citizens, such as children or spouses — will not receive a one-time $1,200 relief check, said Talbot. “At the very least Congress needs to make sure that people who were born here should have access to cash payments and we believe undocumented individuals should as well. So many are doing essential services,” she said. Immigration Hub is advocating for relief for undocumented people, including DACA and TPS recipients, to be included in the proposed fourth stimulus package.

Sunita Lough, the Internal Revenue Services deputy commissioner for services and enforcement, said the one-time $1,200 stimulus package checks will be deposited into bank accounts on April 17, if the IRS has direct deposit information for the eligible recipient. Each individual with a social security number, who cannot be claimed as a dependent on anyone else’s tax return, is eligible for a stimulus check, she said.

Those who have not provided direct deposit information to the IRS will get a paper check instead, which will take much longer, said Lough. She advised taxpayers to go online to https://whereismyeconomicimpactpayment to fill in direct deposit information. The website, which goes live on April 17, will also allow users to track their stimulus checks and when they will receive them.

Lough cautioned against the many imposter scams that have emerged in the wake of the pandemic. “Do not give your private information to anyone who says I can get your check for you,” she stated.

If an individual owes back taxes, the IRS will not take out money from the stimulus check, clarified Lough.

Sebastian Sanchez, staff attorney of the employment rights project at the law firm Bet Tzedek, told reporters at the briefing that “gig workers” — contract workers, who now make up one-third of employees in several states — are eligible for unemployment benefits under the CARES Act. Normally, gig workers would not be eligible, because they had not left or been laid off by an employer, a mandate for unemployment benefits. Sanchez said that though they are eligible, there will be some delays, as states attempt to restructure their programs to meet new federal guidelines. The stimulus package also provides an additional benefit of $600 per week to unemployed workers, but this too has not yet been implemented, said Sanchez, adding that laid-off workers and employees furloughed without pay can expect to see those additional benefits by the week beginning April 13.

California workers can claim up to 38 weeks of unemployment through the state’s Employment Development Department.

State disability insurance may be available to undocumented workers, if they have been paying into the system by deductions on their paychecks, said Sanchez. Undocumented workers with fake social security numbers should not perjure themselves to get benefits, he said, advising instead that they file paper forms and leave that information blank to later clarify with the EDD.

Walton said that many social determinants of health, including an unconscious bias by health workers, make African Americans more vulnerable.

Walton’s statements were borne out by University of California physician Tung Nguyen. “Stark and alarming disparities are emerging in places are reporting covid-19 data by race,” he said. In Chicago 52% of the covid-19 cases are among black residents who make up only 30 percent of the City’s population.

Only 14% of Michigan’s population is black but 33% of the COVID-19 cases are African Americans, said Nguyen. In Louisiana, 70% of deaths statewide are among black residents, though they only make up 32 % of the state’s population, said Nguyen, noting that similar disparities are coming out of North Carolina, Washington DC and Milwaukee.

He advocated for all public health departments to track COVID-19 information by race and ethnicity and urged all readers of ethnic media to write their members of Congress to also such data. Nguyen also sternly advocated for a nationwide shelter-in-place order. “It is criminal that some governors are not doing this. They are killing people. It is bad leadership.”