Why Mexico has so few cases compared with the U.S.? 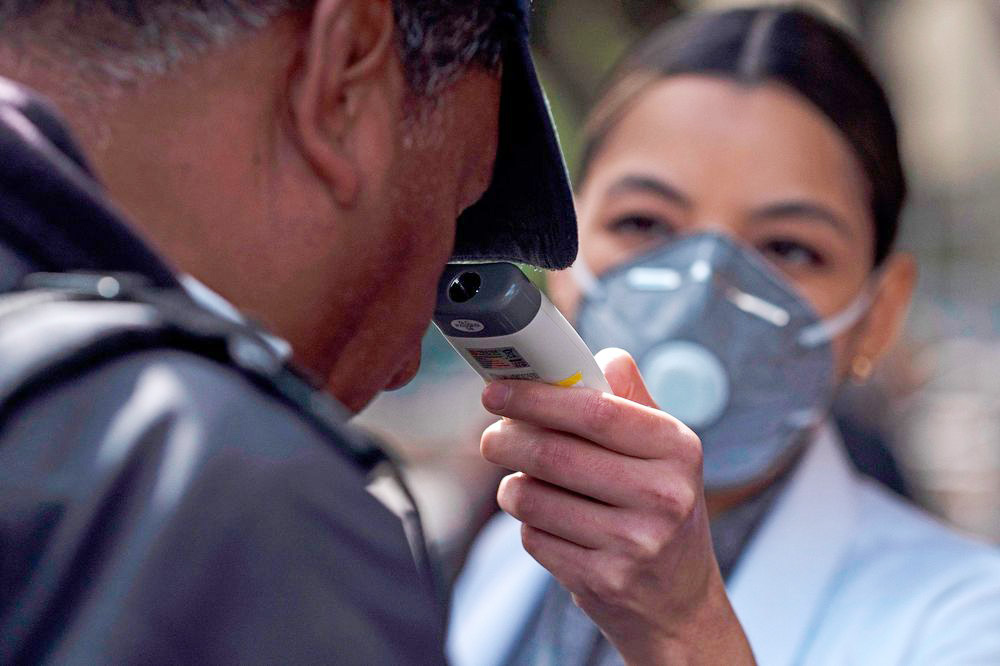 MEXICO CITY —The U.S.-Mexico border has long been a region of contrasts. But people in both countries are puzzling over the latest one: The number of confirmed cases of the coronavirus on the Mexican side is just a small fraction of the U.S. count.

On Sunday, confirmed cases in California topped 6,200, compared with just 23 in Baja California. Arizona had 919 cases, dwarfing the 14 in neighboring Sonora. New Mexico reported 237 cases; in Chihuahua state, there were six.

The U.S.-Mexico border is the busiest in the world, with an estimated 1 million legal crossings per day. The neighbors’ economies are intertwined.

So why is there such a big difference in cases?

The disparity reflects, in part, a time lag. Mexico did not report its first case until Feb. 27 — a month after the virus was detected in the United States. To date, the country has counted 993 cases, less than 1 percent of the U.S. total.

But Mexico is also pursuing an unorthodox strategy. It is relying less on tests, and more on its own disease modeling, to guide its response to the pandemic. As Central American neighbors declared emergencies in mid-March, Mexico kept its airports, shops and government offices open — the government didn’t urge a broad stay-at-home policy until last week.

Mexico’s approach amounts to a bet, its coronavirus czar acknowledges — “a bet that’s technically sound,” Hugo López-Gatell said in an interview. Authorities are wagering that they can fine-tune their response to the virus, even as it has outwitted health officials in the United States and Europe.

The stakes of that gamble are enormous. Mexico held off on harsh lockdown measures to allow citizens to work for a few more weeks. Nearly 60 percent of the labor force works in the informal sector — as plumbers, gardeners, taco vendors — and they have little or no savings.

Keeping those workers home when it’s not absolutely necessary, López-Gatell said, can cause “frightening damage.”

But if it turns out Mexico waited too long to introduce restrictions, analysts warn, it could suffer a crisis like Italy’s or New York’s — with far fewer resources. Mexico has half as many hospital beds per capita as the United States, and a quarter as many nurses, according to statistics from the Organization for Economic Cooperation and Development.

“The health system will be overloaded much faster” than in other countries, Eduardo González-Pier, a former Mexican deputy health minister, said last week in a briefing sponsored by the Mexico Institute at the Woodrow Wilson Center in Washington.

Turmoil in Mexico typically generates fears of spillover in the United States — surges in illegal migration and narcotics, snags in trade. At the moment, though, it is Mexicans who are worrying about crossover problems. On Saturday, governors of three Mexican border states called on President Andrés Manuel López Obrador to tighten controls to limit the arrival of the coronavirus from the United States.

Mexico has extensive experience with infectious diseases; it was the epicenter of the 2009 swine flu pandemic. But unlike many nations, it has not rushed to scale up testing. López-Gatell, a respected epidemiologist with a doctorate from Johns Hopkins University — an institution currently distinguishing itself with a widely cited website tracking the pandemic — acknowledged Mexico’s official count does not reflect the real number of cases.

“Any country in the world that takes public health seriously knows there’s a portion of the epidemic that’s visible, and a portion that’s not visible,” he said.

How deep is the undercount? Academic studies estimate that there are 10 to 15 times as many common flu cases each year as reported, López-Gatell noted.

But the raw numbers aren’t the point, he maintained. What matters, he said, is identifying when and where the virus starts to grow exponentially. Figuring that out is a bit like conducting a presidential election poll, he said. “You don’t interview 300 million Americans,” he said. “There’s a scientific method to know what is the size” of the sample needed for an accurate survey.

From the start of the outbreak, Mexican authorities tested likely coronavirus carriers — people with symptoms such as fever and dry cough who had recently visited a country with known cases. When a diagnosis was confirmed, officials tried to track and isolate the victim’s contacts.

On March 24, Mexico declared that the virus had moved to a new phase and was spreading unchecked in communities.

Since then, monitoring stations around the country — in hospitals and primary care centers — have been testing about 10 percent of suspected coronavirus patients with mild symptoms. Everyone with serious symptoms is tested, said López-Gatell.

“This allows you to have the information to construct estimates,” he said.

In total, Mexico has conducted about 65 tests per million inhabitants. That compares with 2,250 per million in the United States.

Mexico’s approach varies dramatically from the much-praised model of South Korea, which blunted the coronavirus curve through mass testing and aggressive tracking and isolation of victims and their contacts.

Carlos del Rio, an epidemiologist at Emory University in Atlanta, says Mexico has moved too slowly.

“Countries that have done [extensive] testing are doing better than those that don’t,” said del Rio, the former head of the National AIDS Council of Mexico.

Alejandro Macias, Mexico’s former national flu commissioner, said there was not enough early testing to confidently determine when community transmission began. “I don’t think there was enough of a budget,” he said.

Others say testing has been overemphasized.

“It’s as though doing tests will solve the problem. That’s not clear at all,” said Samuel Ponce de León, an infectious disease specialist at the National Autonomous University of Mexico. “No one has been able to replicate” South Korea’s success, he said.

Of course, pinpointing when coronavirus cases started to explode was supposed to be only the first step in trying to tame the pandemic. The second was ordering tough measures to “flatten the curve” of illnesses and keep hospitals from being overwhelmed.

Mexico closed down schools and most government offices last week, and urged citizens to stay indoors. By Saturday, though, the movement of people in Mexico City had declined by only 30 percent, López-Gatell told reporters. He pleaded with Mexicans to stay home.

“This is our last chance,” he said.

If Mexicans haven’t gotten the message, it might be partly the fault of the messenger-in-chief. For weeks, even as health authorities called on citizens to refrain from kissing and hugging, López Obrador plunged into crowds of admirers, slapping backs and shaking hands. He has only recently stopped his rallies.

State and local officials have criticized the federal government’s strategy. And there is plenty of skepticism about the case numbers.

But medical experts say there is little doubt there are more cases on the U.S. side of the border. Californians and Texans have more and closer ties with Europe and Asia — regions with big outbreaks — than people living in northern Mexico.

And in a telltale sign of the pandemic’s toll, Mexico has had just 20 deaths so far, compared with more than 2,500 for its northern neighbor.

If there were a dramatically higher number of cases, Ponce de León said, Mexican hospitals would be struggling with the same patient load currently overwhelming some U.S. hospitals. “And we don’t have that,” he said.

“We will have it,” he said. “But we’re at a different moment in the epidemic.”