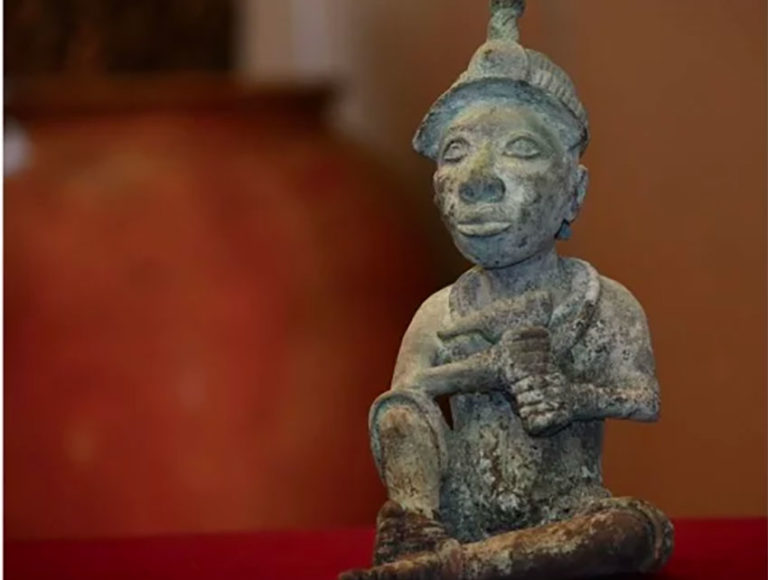 The piece is ‘totally fake, without a doubt,’ according to an ethnography expert

A sculpture thought to be an ancient artifact that was seized at the Mexico City airport and returned to Nigeria in February is a fake, according to the ethnography curator of a museum in Belgium that specializes in the culture and history of Africa.

On February 25, Deputy Foreign Affairs Minister Julián Ventura handed over a small bronze sculpture believed to have come from the ancient Yoruba city of Ife to Nigeria’s ambassador to Mexico, Aminu Iyawa.

Ventura said at the time that returning “illegally extracted” cultural artifacts to their country of origin was a “priority” for Mexico.

Without guaranteeing that the sculpture was authentic, Raffaella Cedraschi, a researcher at Mexico City’s National Museum of Cultures, said in a a report prepared in conjunction with the National Institute of Anthropology and History that it “very probably” came from Ife, an ancient city in the southwest of Nigeria that is famous for bronze, stone and terracotta sculptures dating back to between 1200 and 1400 AD.

The sculpture, which depicts a man and was sent to Mexico by post from Cape Town, South Africa, could be the product of “archaeological looting” or “trafficking of ancient objects,” the report said.

“We believe that it is necessary … to deem it an important cultural asset for the Yoruba people of Nigeria.”

However, the ethnography curator at the Royal Museum for Central Africa in Tervuren, Belgium, told the newspaper El Universal that it was “really simple” to arrive at the conclusion that the sculpture is a “total fake.”

Julien Volper was able to reach his conclusion simply by looking at a photograph of the piece.

The “appearance, style and patina” of the sculpture all belie its authenticity, said Volper, who also advises the police, customs and other authorities in Belgium when they are investigating cases related to African artifacts.

“I would never make a declaration [that the sculpture is fake] … if I wasn’t 100% certain. This piece is totally fake, without a doubt,” he said.

Volper said that any other expert, curator, collector or merchant of African art would reach the same conclusion.

“Honestly, just seeing the photo is enough,” he said.

The curator said that he didn’t know how the authorities in Mexico could have determined that the sculpture is authentic but suggested that it was probably because they have a lack of knowledge about African art.

“They habitually work with Mexican and pre-Columbian art but not likely with African art. The biggest mistake was to leave the work to people who don’t specialize in African art,” Volper said. 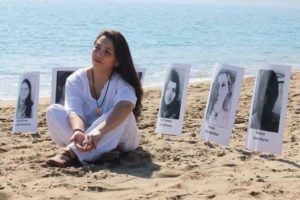 A psychologist by profession, a member at the beginning of the Chamal group and an official at the Minors National Service, the artist ‘left a trail of magic, consequence and solidarity with the Latin American peoples’ causes, her link to poetry, the arts and esthetics was present in all her performances,’ poet Omar Cid noted.

She was known in the world of culture along with singer songwriter Francisco Villa, with whom she shared the stage in Chile and abroad.

Patricia Carmona’s death had an immediate repercussion on social media, and community leader Iris Pizarro pointed out that the strength of her voice is present in every neighborhood, the people and square where she sang.

She added that her music was never away from the Chilean people’s struggles and despite her disease, she was singing until a few weeks ago at Dignidad (Dignity) square.

March 28, 2020 by admin Comments are off 0 viewson Arts & Entertainment