Scientists find that molecules in pomegranates have incredible anti-aging benefits 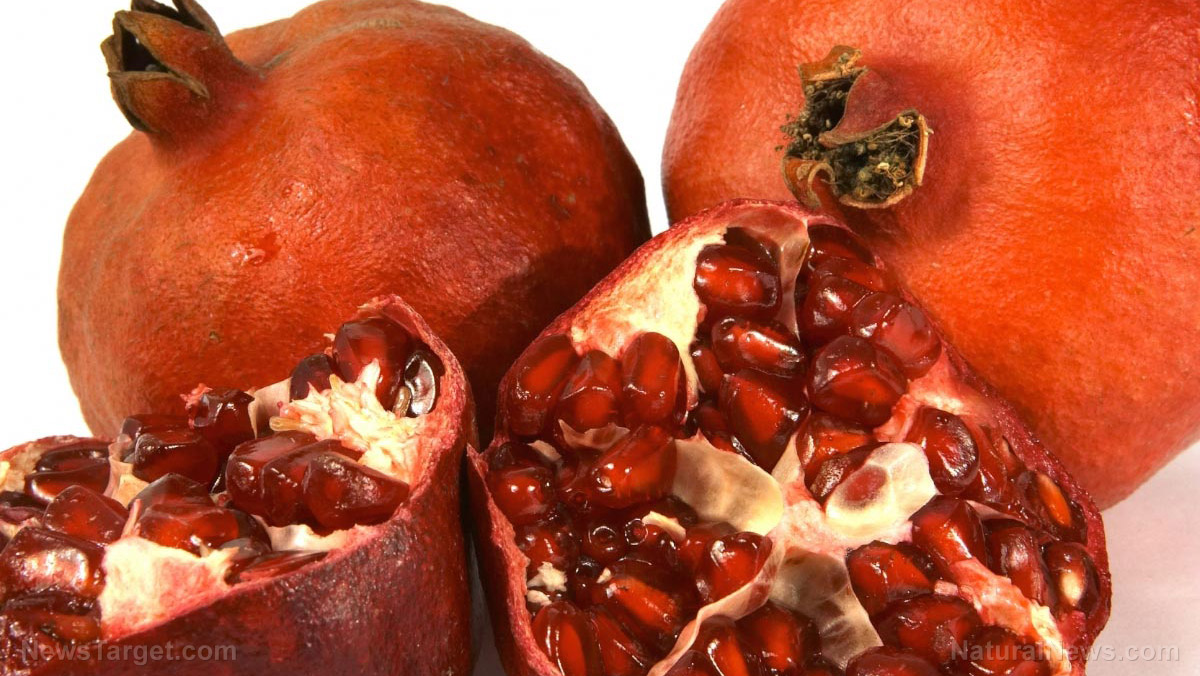 The pomegranate, scientifically known as Punica granatum, is a popular deciduous shrub, thanks to its ruby-red fruit. Considered among the healthiest fruits around, the pomegranate is packed with polyphenols and antioxidants that help deal with a variety of health problems like high blood pressure and atherosclerosis. While previous studies have established that eating a pomegranate could help slow down the aging process, a recent study revealed that a particular compound in the fruit could be responsible for its anti-aging benefits.

The paper, which was published in the journal Nature Metabolism, is the first-ever in-human clinical trial suggesting the supplementation of urothilin A for its anti-aging benefits, mainly due to its influence on mitochondrial and cellular health. Urothilin A is a natural dietary, microflora-derived metabolite found in pomegranate and other foods. This metabolite was shown to stimulate mitophagy — the targeted degradation of damaged mitochondria — and improve muscle health in older animals.

“There are currently no effective solutions to treat age-related decline in muscle function other than months of exercise. This is an important first clinical validation that shows Urolithin A could be a promising solution for the management of healthy muscle function during aging,” said Roger Fielding, a professor at Tufts University who was not involved in the study.

The secret behind pomegranate’s anti-aging powers

Pomegranate, a fruit prized by several civilizations for its large arsenal of health benefits, contains polyphenols called ellagitannins. When ingested into the body, the polyphenols are converted into urolithin A inside the gut. There’s a catch, however: Not everyone can develop urolithin A on their own, so the researchers synthesized the compound.

Researchers from the life science company Amazentis and the Swiss Institute of Bioinformatics recruited 60 sedentary elderly patients for the study. They were divided into four groups, with each group receiving either a placebo or urolithin A every day for 18 days total. The team then assessed the efficacy of urolithin A by observing and analyzing the cellular and mitochondrial health biomarkers in the participants’ blood and muscle tissue.

The results revealed that urolithin A stimulates mitochondrial biogenesis — the process by which cells increase mitochondrial mass — in the same manner as exercise. According to the researchers, urolithin A is the only known compound that is able to reestablish the cells’ ability to recycle defective mitochondria. In young people, this process happens naturally. However, as a person ages, his body starts to lose the energy to clean up the leftover dysfunctional mitochondria, which could eventually lead to the weakening of tissues and sarcopenia — the loss of muscle mass. (Related: Easily boost your immune system by eating more pomegranates, study concludes.)

Urolithin A, the researchers concluded, can provide anti-aging effects by improving the functions of the mitochondria.

“This positive clinical translation of Urolithin A shows its potential to play an important role in advanced nutritional approaches to improve mitochondrial health through mitophagy and biogenesis, and, as a result, cellular health in humans,” said co-author Johan Auwerx. “These latest findings, which build on previous preclinical trials, really crystallize how UA could be a game-changer for human health.”

Enjoy the anti-aging benefits of pomegranate by incorporating it into your diet. Don’t know how? Visit Superfoods.news to learn more about pomegranates and other equally healthy foods. Natural News.

February 10, 2020 by admin Comments are off 0 viewson Health