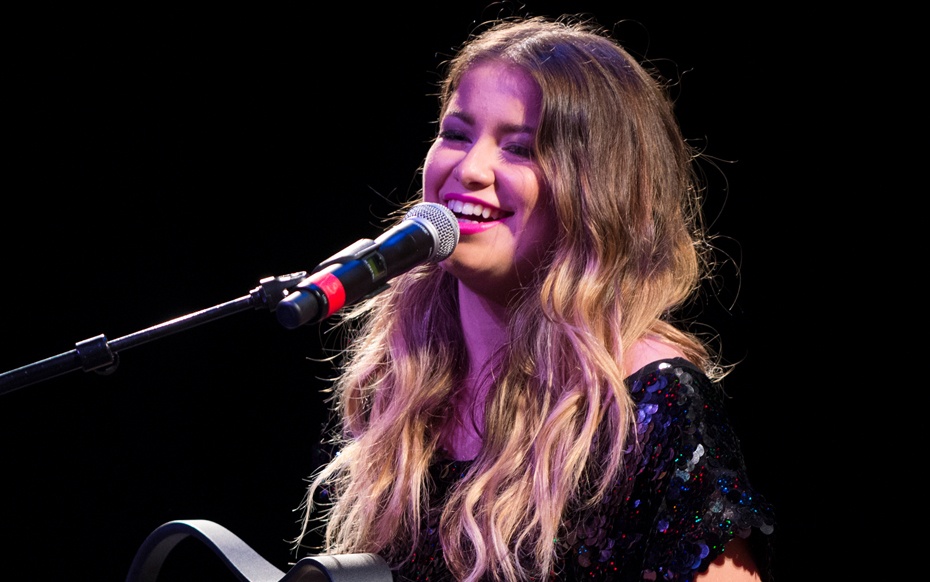 Sofia Reyes will be performing at the 2019 Platino Awards on May 12.

The Mexican star is one of the hottest artists right now, storming the charts with her track “1, 2, 3”, which has been at the top of the Billboard chart and whose music video has so far had 500 million views on YouTube. A global success which has gone platinum in half a dozen countries, including the US.

Having just turned 23, Sofia Reyes is a successful singer and composer. The Latina star has already garnered numerous nominations and prizes such as the Latin American Music Awards, MTV EMA, MTV MIAW and the Latin Grammys. Other recognitions include two Mexico Kids Choice Awards and other nominations for prestigious international prizes.

Just a few short years have passed since Sofia moved from Monterrey to L.A. with her independent label, Bakab, to launch her career as a solo artist. At the time, she was sharing her original music and covers on YouTube, until she signed a joint venture with Warner Music Latina.

Her sensational career has proven unstoppable. Her first single, “Muévelo”, with help of the rapper Wisinwent went straight to the Top 20 Latin Pop Songs on Billboard, where it stayed for 5 months. It was also the only Mexican artist to enter the Spotify Global 200, in which are the world’s most listened-to tracks appear.

Ozuna reigns at the 2019 Billboard Latin Music Awards on Telemundo

The most prestigious night in Latin music was broadcast live on Telemundo on Thursday, showcasing an electrifying display of musical performances featuring some of the biggest Latin music stars, many world premieres, television debuts and surprise collaborations by top music acts.

The evening began under the Las Vegas sun at Mandalay Bay Events Center, where music, film and TV stars graced the red carpet with stunning beauty and glamour. Ozuna reigned during the night and topped the winners list with a record-breaking eleven (11) awards followed by Nicky Jam (5) and Bad Bunny (4).

Argentine President Cristina Fernandez surprised today on social networks with the cover of a book in which, without hindrance, she makes a retrospective reflection to unravel some facts of the recent history of her country.

Sincerely is the volume’s title, which will be available in bookstores on April 26 and will be presented at the 45th fair in Buenos Aires on May 9.

As she says, the text ‘is not autobiographical nor is it an enumeration of personal or political achievements, it is a look and a retrospective reflection to unravel some facts and chapters of recent history and how they have impacted the lives of Argentineans and mine as well’.

Unexpectedly, Cristina presents an intimate journey through circumstances and moments of her life, of the country and the years of the most discussed and celebrated government of the recent Argentine democracy, points out the website www.megustaleer.com.ar, which advances some sentences of the book.

In about 600 pages, the current senator for Unidad Ciudadana describes from ‘the day after leaving the Presidency (on December 2015) to the complex political, economic and social decision-making for 12 years that changed the lives of millions of Argentineans.’

Issues such as the death of prosecutor Alberto Nisman, the misunderstanding that kept her husband (former President Néstor Kirchner) and Jorge Bergoglio (Pope Francisco) away, to the eloquent details that reveal the origin of today’s famous letter from San Martín to O ‘Higgins confiscated by Judge Claudio Bonadio, who has several cases open against the expresident, are revealed in this volume.