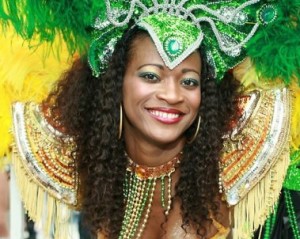 You are all invited to attend a benefit fundraiser for Tranquility House. This is a non-profit organization that gives second chances to those in need by providing a sober living environment and helping them find jobs. Headlining this amazing event is the Latin Rock band Malo Anthology, which features original and former members of Malo, including Richard Bean, who wrote and sang the Billboard charting classic Suavecito.

Also performing is Bay Area Latin Jazz legend Pete Escovedo along with his son Juan Escovedo and their all star band.

Dr. Groove will also be among these amazing entertainers! Celebrity Comedian Dennis Gaxiola will be opening the evening with hilarious stories and tidbits that will get you out of your chair in laughter! – Sat Feb 24, at Bal Theater, SF.

Tickets are selling fast so get yours ASAP by visiting

The imperfect married presented by Teatro Nahual represents the daily life of a married couple living in the suburbs of a large city.

This marriage can represent the living image of any couple that apparently has an admirable relationship, children, a house, comforts and a stable job; where the husband is the provider of the family.

However, a seemingly stable family life can be turned into a pandora’s box by closing the doors of the house and entering into privacy where the probable and unusual human weaknesses manifest in a faraus manner.

Discount for teachers and students with school credentials. Tickets $20.00.

Premier: $30 (includes reception and be part of the raffle).

The Gustafer Yellowgold Show at the SFPL

Taylor will be featuring material from his new album “Brighter Side” alongside classic fan favorites.  Taylor’s funny and touching multimedia presentation about a little guy from the Sun who landed in the Minnesota woods has loads of adult crossover appeal, making Gustafer Yellowgold’s show a truly all-ages experience.

“Coming to the Bay Area and seeing the familiar and new faces in my audiences is always a highlight of my year,” exclaimed Morgan Taylor. “Performing in the library enables me to reach a much more diverse audience, where I can make a connection with parents and children who might not otherwise get a chance to catch one of my performances.” When asked whether Baconstein will make an appearance, Taylor replied: “In more ways than one. Oh, that magic meat.”

Funded by Friends of the San Francisco Public Library. All programs at the Library are free.