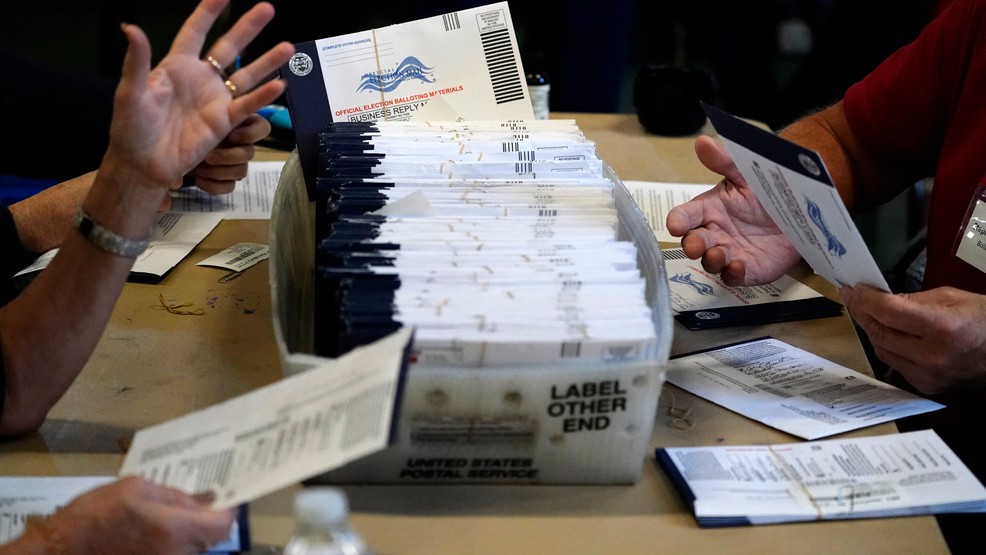 HAWTHORNE, Calif. (CNS) — A man who tried to run for mayor in Hawthorne pleaded not guilty today in connection with an alleged voter fraud case in which thousands of fraudulent voter registration applications were allegedly submitted on behalf of homeless people, a fraud effort that prosecutors allege was being funded by the criminal gang MS-13.

Montenegro, 53, allegedly submitted more than 8,000 fraudulent voter registration applications between July and October, as well as allegedly falsifying names, addresses and signatures on nomination papers under penalty of perjury to run for mayor in Hawthorne.

According to the prosecutor in court, the fraud efforts were being funded by the criminal gang MS-13 so they could put Montenegro in an elected official position to their benefit.

A separate investigation led authorities to discover those ballots at a motel room. That evidence was handed over to the FBI.

Both men pleaded not guilty. Montenegro could face up to 15 years in prison if convicted.

The conspiracy charge alleges that Montenegro submitted and filed signed nomination papers containing 41 signatures and addresses to the city clerk this summer and that just 18 of the names, addresses and signatures on the nomination papers were validated by the Los Angeles County Registrar-Recorder’s Office.

It further alleges that he and co-defendant Marcos Raul Arevalo “and other unknown co-conspirators” used three post office boxes in Hawthorne as well as Montenegro’s home address “as mailing addresses for over 8,000 voter registration applications for fictitious, non-existent or deceased persons, that were submitted for processing to the Los Angeles County Registrar-Recorder’s Office and the California Secretary of State.”

Montenegro could face up to 15 years and eight months in state prison if convicted as charged, according to prosecutors.

Arevalo, 34, is charged with eight counts of voter fraud, one count of conspiracy to commit voter fraud and four counts of procuring and offering a false or forged instrument, along with four misdemeanor counts of interference with a prompt transfer of a completed affidavit, and could face a maximum seven-year prison term if convicted as charged, according to the District Attorney’s Office.

The case stemmed from an investigation by the DA’s Bureau of Investigation. The Los Angeles County Registrar-Recorder/County Clerk’s Office, FBI, Covina Police Department and the California Secretary of State’s Office also assisted in the initial investigation, according to the District Attorney’s Office.

In other unrelated news shared from USA Today:

We are being ruled by experts, suggested Justice Alito

Supreme Court Associate Justice Samuel Alito delivered a candid speech on the COVID-19 pandemic and tensions between gay rights and religious freedom, during an address to the Federalist Society on Thursday.

Alito said the restrictions imposed by political leaders in order to contain the coronavirus pandemic have “resulted in previously unimaginable restrictions on individual liberty” and denounced recent Supreme Court decisions holding up orders he believed discriminated against religious groups.

He argued the pandemic highlighted a wider assault on religious freedom as conservative views are increasing equated with “bigotry.”

Alito went on to say the “severe, extensive and prolonged” restrictions imposed in response to the pandemic represented an unprecedented curtailment of rights that would clearly be protected by the First Amendment under normal circumstances, creating “a sort of constitutional stress test.”

Alito painted the use of executive orders as the culmination of a dream held by “early 20th century progressives” and “the New Dealers of the 1930s” in which “policymaking would shift from narrow-minded elected legislators to an elite group of appointed experts.” And he warned that after “the pandemic has passed, all sorts of things can be called an emergency or disaster of major proportions” to justify similar measures.

He also said the pandemic restrictions were evidence that “in certain quarters, religious liberty is fast becoming a disfavored right.” Alito decried the Supreme Court’s decision to let restrictions stand in California and Nevada that he said “blatantly discriminated against houses of worship.”

Regarding Nevada’s restrictions limiting religious services to 50 people while allowing casinos to open at 50 percent, Alito said, “The state’s message is this: ‘Forget about worship and head for the slot machines, or maybe a Cirque du Soleil show.'”

November 22, 2020 by admin Comments are off 0 viewson Frontpage