As we start the engines to ride on the 2020 machine, let’s see what investigative reporter James Corbett bring us on his vision for this next decade. Fasten your seat belts and don’t be scared, but be cautious. As it is often done with long articles, this one has been cut to fit space. – Happy New Year. — Marvin Ramírez.

Well, that didn’t take long. You’ll recall that it was mere weeks ago that I predicted that the trend of 2020 would be “The End of the Internet (as we’ve known it),” and, sadly, before 2019 was even finished a steady stream of stories flooded the newswires to prove me correct.

Morocco has sentenced a YouTuber to four years in prison for daring to insult the king.

The Singaporean government has forced Facebook to publish a “correction” on a post that they deemed to contain “fake news.”

Four townships in northern Myanmar remain under one of the longest internet blackouts in the world for daring to assert a desire for ethnic self-determination.

And Russia and China have teamed up on a new convention that will empower the UN to convene a panel of “international experts” to determine how best to combat online thought crime.

And all of that was just in the past few weeks. Imagine what we have to look forward to throughout the rest of 2020. Not pleasant, is it?

Now imagine what we’ll have to look forward to through the 2020s. Even worse, huh?

Yes, as bleak as things seem at the moment, there are any number of reasons to believe that things are going to be that much worse a decade from now. And I’m not just talking about internet censorship here, either. After all, as dedicated Corbett Reporteers will already know, the technocrats are all on board for Agenda 2030.

So buckle in, folks. Let’s take a ride through the next ten years of technocratic tyranny . . . and see if there’s a way we can derail this agenda before we arrive at its final destination.

A pair of stories book-ending the 2010s give us an insight into the breathtaking changes we’re likely to live through in the 2020s. 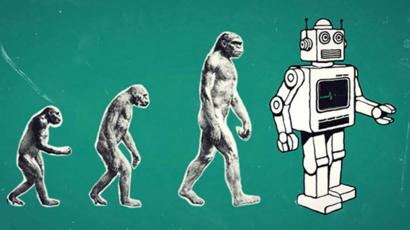 The first story started in 2011, when 18-year-old inventor Palmer Lucky, working in the garage of his parents’ house in Long Beach, California, put together a prototype for a virtual reality headset called Oculus. In 2012, the prototype started making buzz at trade shows, and by 2014 it had enough sizzle to catch the eye of the billionaire charlatan Mark Zuckerberg, who ended up buying the company for a cool $2 billion. That, of course, led to that creepy, iconic photo of ZuckerBorg himself—sporting the only genuine grin he’s ever cracked in his life—striding through a crowd of Oculus Rift-wearing Matrix-dwellers.

While we contemplate that, let’s look at:

While a trillion dollar space economy in 2020 sounds mighty impressive, it has to be put in its proper perspective. After all, as I recently pointed out, the Bank of England and others are now estimating that the transition to the new “green” economy is going to require $90 trillion of infrastructure investment in the next ten years.

Keep in mind that our good friends at the CIA estimate that the GDP of the entire planet—the “Gross World Product”—is about $80 trillion. So you can’t accuse the globalists of setting their sights low in this latest swindle.

We’ve been prepped for this for decades now. The catchwords of this agenda—”green economy” and “sustainable development” and “Agenda 21” and all the other feelgood buzzwords that have been thrown around to put a friendly face on the monopolization of the planet and its resources—has been drilled into the victims of the government indoctrination system at least since I was a boy growing up in Canada. By this point, people hardly bat an eyelid when they’re told that the G20 nations are going to have to cough up more than the Gross World Product in the course of the next decade to “save the earth” from the weather gods.

But while the overall message has been remarkably consistent over those decades, you’ll notice one thing in particular changed in the branding of this agenda recently. In September 2015 the United Nations officially adopted the “2030 Agenda for Sustainable Development,” which outlines the 17 development goals and 169 targets that will transition the planet into the Brave New World of technocratic dictatorship in the next decade.

As I pointed out at the time, the Agenda 2030 development goals are the kind of harmless-looking mealy-mouthed political platitudes that seem innocuous precisely insofar as you don’t for a second contemplate specifically how they are to be achieved.

End poverty in all its forms! Yaaaaaay!

. . . by giving international financial control to the IMF and the World Bank.

. . . by promoting Big Agra and their biotech GMO monstrosities.

. . . by connecting people to the constant surveillance of the smart grid internet of things.

And on and on. You all know that story by now. But the interesting factor is that the timetable has been updated. From a vague “Agenda 21” for the 21st century to a specific “Agenda 2030,” it seems the planners of this technocratic nightmare have some big things in store for the 2020s.

Now, ambitious agenda targets are a kind of calling card of the psychopathic elitists. They tend to think rather too highly of themselves and their ability to make things happen with a mere wave of their hands. So I don’t expect that this agenda will actually be fulfilled by 2030, but it will be well on the way by then. And given the remarkable pace of technological development, it is difficult to imagine that the combined will of billionaire technocrats like Elon Musk and others of his ilk will fail to produce some nightmarishly big breakthroughs in brain-computer interface technology and other sophisticated technocratic googads between then and now.

THE FUTURE IS WHAT WE MAKE IT

All of this may sound pretty bleak, and there’s no denying that some aspects of this nightmare vision are going to happen whether we like them or not. Average Joes like us may not have the ability to personally derail the machinations of the central banksters and their UN/IMF/World Bank/G20/CFR/Bilderberg/Club of Rome-connected cronies.

It will be noted, of course, that every single one of these liberties are under attack from some angle or another. It will be pointed out (quite correctly) that our freedom to reject the various forms of technological control and state impositions are limited by our ability to make a living in the modern world. Objections will be raised—not without merit, mind you—that the space for dissent is being algorithmically narrowed and our ability to even control our own thoughts is being brought into question as internet filter bubbles that we barely realize exist begins to shape our perception of the world and call into question the very notion of free will.

But in this moment of time before the final page of human history has been written, it is important to note that we do have space to chart another path. If you did not believe that, you would not be here.

That’s why the 2020s could be the most remarkable decade in the history of human civilization. It could be a time of unprecedented awakening.

These ten years could be marked by billions of people shaking themselves out of their slumber and realizing that they are the billions who are controlled by the few, the teeming multitude afraid of the tiny dot. We could stop watching the shadows on the cave wall and, turning our heads for the first time, contemplate reality in all its blinding brilliance.

The 2020s could be a time of cooperation. A time of community building. A time of casting off hierarchies and the tyranny of authority.

Or it could be the last gasp before the descent down the slope toward total tyranny. The last gasp of humanity before we are subsumed by the transhuman GMO simulacrum of our once-great civilization.

There are no pat answers or easy solutions here. Only millions of decisions that we’ll have to make over the course of the next decade. Decisions about how and where to live, who to interact with, what to spend our time and money on, and what to do with our lives. But if we don’t try, the decision will be made for us.

The choice is ours to make.

January 13, 2020 by admin Comments are off 0 viewson Editorial